Thoughts on election 2012: personal freedom does very well; authoritarianism does not

Yeah, Nate Silver is very very good at what he does. There is just no other way to put it. My electoral prediction got five states (and Maine-2) wrong. So much for intuition -- rather than cold stats-- playing any viable role in what can now be deemed the Silver Era of politics. Well done, sir.

That is most of what I have to say about the presidential race. I am fine with Obama winning. As a simple matter of trust, I prefer it to Romney, whose views on very basic issues have been so far all over the map that I still don't know what they are. But I also think that words like "compromise" and "leadership" are going to end up being more important than the identity or party affiliation of the winner. I voted for Gary Johnson with a hope that somehow, some way, he might garner enough votes in some states to ensure ballot access in the future for libertarian candidates. Not sure that happened anywhere, but something *much* more important occurred last night in the area of personal freedom.

Look at the U.S. Senate races last night. In almost every single one, the candidate that was less willing to leave you to your conscience in your most personal decisions -- whether to have a kid, whom to marry, etc. -- lost, and lost big. Atavistic candidates with names like Mourdock, Akin, (Tom) Smith, (Tommy) Thompson, and (George) Allen got thumped. If the word "rape" came up in the election, the social-conservative candidate lost. Good.

The country is slowly changing for the better in the area of personal freedom. More voters every election want to keep government out of the bedroom.

And *that* is just wonderful.

Add to the personal-freedom list the victory of marijuana-legalization efforts in Colorado and Washington (but, sadly, somehow, not Oregon), med-pot initiatives in Massachusetts and Arkansas, and gay-marriage initiatives in Maryland and Maine.

I simply cannot remember another election where personal freedom did so well in so many states across the nation.

And, even with all those victories, it is far from a perfect situation. The Obama administration has been awful on med-pot issues so far. Let's hope they wake up and smell the, er, coffee, and back the hell off individual states and their decisions on drug regulation/legalization. And just watch the Republican Party -- which should be taking a hard turn away from social conservatism and into leave-us-alone libertarianism on personal-freedom issues -- eat its own over the next four years. Instead of supporting reasonable candidates like Scott Brown and Linda McMahon and Chris Christie, there is still going to be a significant segment of that party that will insist, unbelievably, that they lost for not being authoritarian *enough* on issues of personal freedom. Over the ensuing months, you will see the likes of Sarah Palin and Bill Bennett spouting nonsense that says that all the GOP needs to do is double down on social conservatism and they will succeed.

They will not; last night proved that they will fail in a majority of states, even otherwise very red ones, when they focus on the bedroom instead of the wallet.

Look, there is still plenty of room for reasonable disagreement between the parties on a lot of issues, particularly those involving economic freedom and regulation. The GOP now has a golden opportunity to focus on those topics and leave the bedrooms alone. On matters of personal freedom, the bus isn't just moving; it has moved, to a better and better place.

Last night was, overall, a great one. 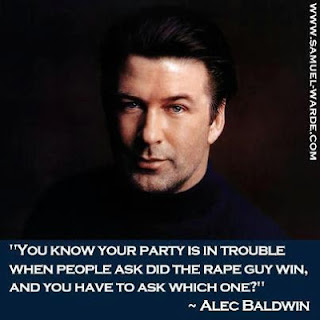 - Posted using BlogPress from my iPad
Posted by Steve Kirsch at Wednesday, November 07, 2012