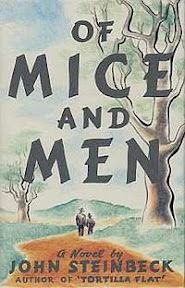 This story is fascinating to me, not so much for the result it revealed, but, rather, for one of the strange leaps of (il)logic that it seems to have inspired.

First of all, read the article. It will explain to you that researchers at the University of Pennsylvania learned that mice who have their sleep disrupted, and consume 20 percent of their calories during their normally restful period, get fat while eating the same number of calories as mice who didn't have their sleep disrupted. Oh, and a subset of the sleep-disrupted mice who ate 20 percent of their calories when they should have been sleeping did *not* get fat when they took fish oil.

So, first of all, we learn that the researchers were "surprised" at the "getting fat" part of the result. Really? It doesn't say why, but I guess they still thought calories-in/calories out? Now I am the one who is surprised.

But, it's one of the "conclusions" that they draw that *really* baffles me. The "fish oil does good things for you" conclusion is OK with me, although perhaps it raises as many questions as it answers. Is it best used as a "treatment" for bad sleep/behavior? What would it have done to healthy mice? Not sure. Just not clear. But it's the next conclusion that seems like it skips a step: "Don't get up and eat in the middle of the night."

Wait a minute, didn't something get missed here? The researchers seem to have ignored the sleep-deprived part of the equation and centered their focus on the eating-when-you-should-be-sleeping aspect.

Look, I am no scientist, but isn't it just as (more?) likely that disrupted sleep patterns were the cause of the obesity and that the timing of the caloric intake didn't have much to do with it at all? If these mice are anything like people, ruined sleep patterns lead to stress, cortisol buildup, disrupted insulin regulation and stored fat. The mantra here and on many paleo sites has been the same for a long time: sleep, nutrition, exercise.

The way the body processes food and stores fat is completely different when one is stressed and sleep-deprived. 3 a.m. snacking is not going to be your pal, but it quite likely is more significant that you are not sleeping at 3 a.m. than it is that you are chowing down, especially if the chow is just part of your normal diet. (And this last part is a huge deal -- remember, the mice were all eating the same amount of regular food.... Your 3 a.m. snack binge is likely to be an "extra," not just a standard part of your food intake moved to a non-standard time).

This doesn't seem like rocket science to me. Or at least it seems worthy of a new experiment, one where a sub-category of mice is sleep-disrupted/deprived, but still fed at "normal" times only, with all the mice on the same caloric intake. Let's see what happens to *those* sleep-deprived, non-snacking mice. My bet is that they are nearly as fat as the ones who are eating when they should be sleeping.

I swear that, outside the paleosphere, the single least-common, but most-needed, piece of advice is: go the fuck to sleep, in a dark room, for at least seven hours and preferably up to nine. Somehow, these very smart scientists appear to have skipped that piece of the puzzle and jumped on to other, less-clear conclusions. Color me unimpressed.