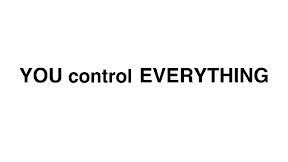 Sometimes what ought to be evident from your own existence comes into a little better focus when observing someone else.

For a few weeks, I have been helping a friend from the gym with some food suggestions. She is already a paleo eater and a really good athlete, but she has some very specific goals in mind and asked me if I would take a look at her food logs in the hope that maybe I could get her past what she perceived to be a bit of a sticking point with respect to those goals.

It's been great. She is making progress toward her goals and, most importantly, is really pleased with that progress. And, even though I think she *thought* she was imposing on me to do this, in fact I am having a great time too. It's giving me a taste of pseudo nutritional-therapy work, and it's really rewarding working with someone who has a burning desire to succeed, and takes suggestions, and even criticism, well.

Best of all, for me, it is totally validating a theory that I had already been heading towards on my own, based on my own experience. The theory is not terribly profound, but it's one of those things that maybe has to wallop you upside the head before you finally "get" it. And the wallop, in my case, finally arrived while helping someone else:

Everything affects everything else.

No, I am not headed for touchy/feely/huggy "love yr neighbor and spread the good will" stuff (although that's probably all true too). I am just talking about the holy triumvirate of sleep, food and exercise.

Oh, and its related uber-lord: stress.

See, I have been pretty sure for a while that when I live clean and awesome, and sleep soundly, my mood, appetite and energy are (imagine!) clean and awesome. And when I go off-road to the country named Reduced Sleep, -- or travel to the Ice Cream Kingdom and visit its rulers, Ben and Jerry, or hop the next figurative flight to Scotland riding the wings of a jet called Whisky -- I can *feel* it the next day. And sometimes the day after.

I am not talking about the simple "duh" stuff, like digestive distress or a full-on hangover. That is all stupidly obvious. But you probably aren't going to have a hangover from one (or maybe even four) drink(s), and you may not have full-on digestive distress from a bowl of Coffee Coffee Buzz Buzz Buzz (mmmm, sigh...), but (and this, yes, is a big but that does not lie) chances are that those things are *still* messing with you.

Chances also are that you may not notice those effects unless you have, like me or my friend, cleaned up your eating to the extreme. But that doesn't mean the effects aren't there. It's just that, much like a 30-day cleanup/detox like the Whole30 (or a paleo challenge), you only get a clear view of the full picture of toxicity once you are nearly fully compliant with paleo eating.

The particular "wow" moment for me was when my friend -- who had been so perfect with her eating, per my suggestions, and was so on-track to where she wanted to be, that I was beginning to question the value of any further advice -- went a little off-road one day and enjoyed some non-paleo treats. She also didn't sleep so well that night. I gave her the expected, fairly mild speech that went something like: "We all slip up, but you get less leeway on that sort of thing because you have specific goals in mind, blahblahblah." But I also added something that I *thought* was going to be true from my own experience with sleep-dep and indulgence: I told her that the damage probably wasn't fully apparent yet. She was going to be hungry earlier than usual and more often on that "day after," and she needed to take care not to fall all the way to the bottom of the paleo hill, relying on old snacking habits, etc. Her insulin and cortisol probably took a hit from the party night. A day of detox and she should be back on track. I also told her to skip any sort of cardio/metcon work that day, and, at most, just lift heavy.

And it all came true. In fact, it even reminded her of an earlier incident involving a little less indulgence, but still an effect the day after, and, also apparently, lots of times before that where she would try to "cardio" her way out of the stress caused by a poor-food or bad-sleep day.

Your body is this amazing biochemistry experiment where, yes, everything affects everything. When you disrupt normal hormonal function with even a little party time, there is a lingering effect. And the proper response the next day is to regroup, ride the wave of not-so-awesome in a measured way, and get back to home base where you can resume the normal course of business. (And if I am not arrested by the Grammar Police for metaphor abuse based upon that last sentence, I will be a lucky man). Trying to "metcon" or "cardio" your way out of stress is a really terrible plan. Likewise, assuming that "that was yesterday; this is today," is ignoring the reality of the wild ride you took your hormones on when you went off-road. This isn't to say that you can't have fun. But there is always a price, and knowledge and understanding of that price is almost always the key to awesomeness.

Everything affects everything. There are no freebies. It's probably not all that clever, but it really is true. Or, as a wise man once said, "Buy the ticket; take the ride."