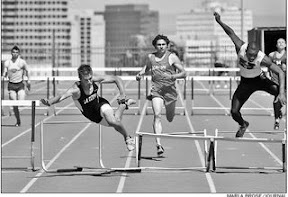 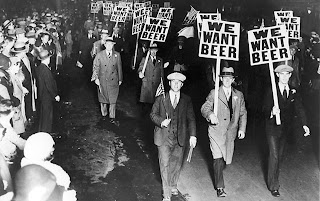 One of the speakers at Paleo FX -- I think it was Hamilton Stapell, but I could be wrong -- gave us a little insight into the gender demographics of the paleo movement. Apparently women are *way* more into this stuff than men.

And a look around the room at PFX, as well as an informal tally of the folks I know who are personally committed to this way of eating, tells me that there can be little doubt that that's correct. Women are dominating paleo (and, as I noted in a live tweet from PFX, they are a spectacularly good-looking group at that).

So, I got to thinking... what's up with that gender imbalance?

I suppose there are a couple of obvious answers. First of all, women are *always* more interested in weight loss and body-comp issues than men. Although I don't regard paleo to be a "diet," certainly it is the "diet" angle that draws in a lot of people to try it out. Additionally, women seem to suffer from hormonal issues and autoimmune diseases at a higher rate than men, so a lifestyle that faces those issues head-on is going to be more attractive to women. So, yeah, those two factors are going to play a big part.

But, as I sat in a bar with some of my team after volleyball last night, and my only paleo teammate (a woman) and I ordered booze while the rest of those present (all guys) snuggled up to pints of beer, it hit me:

Beer may be the ultimate male stumbling point on the road to paleo.

Yeah, sure, lots of women dig beer, but more guys regard it as a key part of their (often daily) existence.

And I totally get it. Hell, I didn't used to just *drink* beer every day; I used to brew my own, for crying out loud.

But lots of things are delicious. Cake, pizza, bagels. But they don't have the insidious *daily* attraction of beer.

I repeat: it's delicious. But, it is, with rare exception, a gluten-laden bomb of gut permeability that will, even in pretty mild doses, potentially derail your best efforts at paleo living. I don't think you would regard daily, or near-daily, ingestion of bread, bagels or pizza to be the way to paleo compliance. The same, sadly, is true of beer.

So, when alcohol is part of the evening's plan, paleo folks will tell you to head for wine, anything distilled, most ciders... things like that. The one drink that is just completely and totally off the table, except in its still-fairly-rare gluten-free version, is, yeah, good old beer.

And the more books and articles I read (and podcasts that I listen to) about gluten and gut permeability, the more it seems that even a little bit of gluten has that derailing effect for days after eating (or drinking) it.

So, fellow dudes, all I can tell you is this: my experience is that if you drink beer with any regularity, your paleo experience will be pretty unfulfilling. I can also tell you that there is a whole world of, in my case, tequila and whisky (and whiskey), or, in the case of others, wine, out there for you to substitute for your beer. Giving up the malt and hops isn't the end of the world, and, although I can't recommend daily alcohol consumption of any sort as the best plan, however often you choose to drink, there are some pretty damn delicious alternatives out there.

Or not. Your call. While you are deciding, my wife and will be hanging out here in the Paleo Bar and Grill having a drink with a lot of beautiful women.

- Posted using BlogPress from my iPad
Posted by Steve Kirsch at Wednesday, April 03, 2013