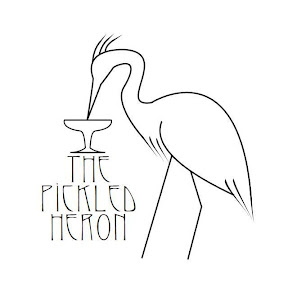 I generally don't find it difficult to stay the paleo/primal course when eating out. Meat, veggies and fruit is a pretty standard part of any meal. Menu items involving breads and pasta can be ignored, or even pushed aside to the edge of the plate (the "non-delicious zone" we call it) when they arrive. Just the other night I was in a bar with my volleyball teammates post-game and ordered a burger and a side salad, ditched the bun, chopped up the burger meat into the salad and paleo awesomeness was easily achieved.

But every now and then, you will come across, on the moderately fancier, mildly more upscale end of things, a place that makes it tough for us cavepeople. You might find that the sauces all have offending items, particularly gluten, soy or gross processed seed oils, or maybe that the upscale place still has employed their deep fryer more than you would have guessed, or put polenta or pasta into most of the dishes.

Fear not, (Philly) friends, I have the place for you. No, every food item there is not paleo-approved (this isn't the vaunted Sauvage in Berlin, mind you) but The Pickled Heron at 2218 Frankford Avenue (just a couple blocks south of York) in Philadelphia, can make a paleo/primal person very very happy.

My wife and I went to a friend's art opening last Friday night, and then made our way to The Pickled Heron at about 8:15 or so. I am, by and large, not a Center City eater. Parking sucks down there. We tend to head for the furry fringes, like Northern Liberties or Fishtown, and, once again, we were glad we did. We parked half a block away from the restaurant, on Susquehanna, and made our way in, sans reservation, and got a table, despite the fact that the Philadelphia Inquirer had just recently raved about the place.

A few things to remember, if you make the smart decision to eat at TPH: (1) it is cash only; your plastic life is not valid here. (2) It is BYOB, so stop with the kvetching and BYO effing B, please, or, like us, dig the simplicity of their cheap bottles of San Pellegrino mineral water (with lime if you ask for it) as a palate cleanser (highly recommended); and (3) apparently we lucked out when we got a table without reservations.

Reservations are recommended. We were told by our server that we got there just after a very busy spell, and it is true that, when we walked in, there were only two free tables. It is a small place, a former row house, and I could imagine the line going out the door very easily.

You know... Especially when a *highly* influential blog like this steps up to the plate and raves about them. (Cough, cough; sorry... I appear to be choking on a combination of meat, and blatant deception).

Oh, and yes, the whole place, food and otherwise, is meant to convey a sense of France. It's been a while since I have been to France, and the cutesy-isms of listing the address as "2218 Rue de Frankford," and the phone number as "21 56 34 56 66," were (mostly) lost on me. I am a caveman, and know little about Francophilia, and, while I am no xenophobe, yeah I even admit that I laughed when that joker put a white sheet tied to a stick on EBay a few years back and labeled it: "genuine French battle flag." I like funny stuff.

But god, the food is effing fantastic, so embrace or reject the Gallic orientation as you wish. Just make sure you eat there.

This is the menu we had that night (hope that link works when the menu changes). We started with two small plates. The first was assorted charcuterie. That's French for meat snacks. Duck breast (yowzers), foie gras smeared with duck fat (double yowzers), a grainy mustard that you could (OK, I did) eat with a spoon, homemade salami that had a fancier name than "salami." It was stunning. The salami was richly marbled, the mustard so mustardy and grainy that it made you want to swear off that supermarket crap (yes, even the "good" stuff), the duck-fat-encrusted foie gras so creamy and delicious/quack-o-licious that my wife *almost* gave me the go ahead to run my finger through the last little bit in the bottom of the fancypants little bowl/container that it came in (I believe her exact words were: " Wait a minute, you are *not* going to stick your finger right into that just to get the last bit out, are you?" She was about to crack, I tell ya), and the duck breast so gloriously, well, *ducky* that my only regret was that there was not more.

It was all a fleshy wonderland of flavor, and it was only the first plate.

Oh wait, here you go.... Just to maintain my objectivity (more coughing, sorry), I will say one critical thing about The Pickled Heron: the baby gherkins on the charcuterie plate were stupid at worst and distracting at best. My wife liked 'em fine, but I thought they were silly. Ditch the pickles, folks. Add more meat.

But, I swear, I nearly forgot about the charcuterie when I dug into the *other* small plate that we ordered: seared foie gras on a bed of raisin/black-pepper jam, to which I added a dollop of butter.

Holy shit. The server came by, interrupted me from making the orgasmic noises that I was grunting, and asked, "How do you like that dish?" I said something like, "Oooga!" or, more exactly, "Dude, I don't want to sound over-excited about this, but this may be the single greatest food item I have ever tasted in my life." His pleased response, "You and me both, man. You and me both."

Really, it was unspeakably amazing, so amazing that I actually savored every morsel, rather than devouring it like the famous Neanderthal, Grog the Dyspeptic.

I am, by and large, not a savor-er. Really, this was The Best Menu Item Ever.

Being kind, I even let my wife have some of it. After all, it was her idea to eat there.

Honestly, I wanted to walk out then. I mean, imagine if The Who, circa 1971 were the opening act for someone else of that era. With minimal exception (Hendrix, Stooges, MC5, the Stones?) it is hard to imagine the other band not being a disappointment after that thunderfest. How could anything else measure up to that foie-gras party?

OK, it couldn't. But it took its best shot.

My wife ordered sea bass for her main course. She says it was "perfectly cooked and the sunchoke/baby-carrot vegetable medley was delicious." I ordered the lamb which sat on top of an au-gratin-y potato cake and was served with pomegranate awesomesauce, baby micropeas, and greens. It was wonderful. In fact, it was so wonderful that I would be raving about it with ferocious intensity here were I not all worn out from mentally reliving the foie-gras second plate. Just trust me.... It was great.

Oh, and a small paleo diversion. Yes, au gratin potatoes, pomegranate awesomesauce and raisin/black-pepper jam all are technically non-paleo. You can take your technicality into the corner with a bag of beef jerky and pout (with a sense of purity, superiority, and, I hope, deep painful hunger) while I enjoy this place. I didn't eat bread. Yes, there is a little sugar in those things and white potatoes are an iffy source of paleo debate.

I don't care, and yes, lighten up, Francis. It is all a matter of degree.

That said, what happened next was a paleo war crime.

But I don't care.

Sometimes you have to let your freak flag fly, dance around the room in a state of undress and say, "Fuck *yes*, we are ordering the (are you ready?) DUCK EGG CREME BRÛLÉE!"

It was unspeakable. Fatty, sugary, amazing. it was, truth be told, a little too sugary for me, because I ingested so much more sugar in ten minutes with that dessert than I normally do that it took, no lie, *four days* for the joints in the fingers of my right hand to stop hurting (that began on the ride home... Really... Still don't think it matters what you eat?).

I ate all of mine plus the half of my wife's that she couldn't finish. I then nearly died laughing when the waiter looked at what he did not know was *my* empty plate in front of her (I had switched them when I dug into hers by invitation) and saw me eating a still-half-full plate and said, "Wow. Usually it's the guy who tears through the creme brûlée and the woman savors. This is such a refreshing change."

Fortunately, for him, I was paying. His tip went *up* for that unintentionally funny line. My wife feigned outrage, but actually found it pretty amusing. She even laughed when I said, out of earshot of anyone (in an English accent, mind you), "Maybe, fatty, next time you should eat more at your husband's speed instead of cramming that dessert in."

She really is a remarkable human being to not only put up with me, but to swear this is all making her laugh.

(Oh, and let's be clear: she is in *amazing* physical shape from CrossFit and paleo, and I am a lucky guy to be her guy).

Oh, and the decaf (what?! It was late, people) French-press coffee was astounding as well.

I could give you a well-thought-out conclusory paragraph, but, really, why start thinking now? Let's leave it at this: The Pickled Heron is, to use a phrase that no one actually uses anymore, The Bomb. Go eat there.


- Posted using BlogPress from my iPad
Posted by Steve Kirsch at Thursday, April 19, 2012