The booze thing, from the paleo/primal perspective 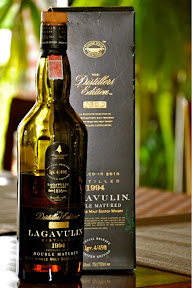 I come from a long line of regular drinkers. Some, but not by any means most, of those regular drinkers were not only consistent; they were excessive... pretty significantly excessive -- like, in at least one instance that I know of (an "uncle" a few generations removed or something), fall-down-drunk, fracture-your-skull and die-in-a-holding-cell excessive.

So, knowing the stories, I have always had a sort of, er, respect for what the hootch might do to me if allowed to ramble unchecked through my life with wanton abandon. And, mind you, in my twenties, there was just enough alcohol-fueled wanton abandon at times to raise at least small levels of concern. But, other than that pretty brief period, it's never been an issue of addiction.

But for years you could set a clock to my daily evening beer -- just one, maybe two. Hell, I *brewed* some pretty impressive beers back then. I could kick your ass with the taste of a fancy Belgian, or amuse you with the simplicity of an American lager, and everything in between. Eventually, some red wine replaced the beer. Then, many years later, I went primal/paleo and discovered the joys of single-malt scotch.

It's delicious, smoky and peaty, by the way.

So, basically for the last 30 years or so, I have been a one-or-two/day guy in the drink department. Rarely excessive, except for those few bad days in my twenties, but regular as all hell. The drink of choice has varied, but the steadiness of the consumption has not.

And, by and large, traditionally I have a pretty long fuse in the anger department. It takes a *lot* to set me off. But, conversely, *if* I go off, there are caves in Afghanistan where you'd rather be than near me. I have always been a pretty fundamentally happy person -- but get to know me well and there's always been, way down in there somewhere, a nasty, caustic motherfucker who really should not see the light of day. And, fortunately, he almost never comes out to, um, play.

So.... What's the connection, you might ask? Y'know, between booze and *that* guy.

Honestly, I don't *know* if there is one. It is never as simple as the classic "get drunk and turn into a different person" that you see in the movies. I don't *get* drunk at this juncture of my life. But I still think there is a chemical relationship, some sort of cumulative buildup of toxins from the regular nature of the drinking that, to use a technical medical term, fucks me up in the subtlest of ways.

See, lately I haven't been drinking at all. About three weeks before my recent elbow surgery, I stopped entirely as part of more global strategy to eliminate every last piece of pro-inflammatory food from my diet. I figured that, at age 49, not only should I do that *post*-surgery for obvious anti-inflammatory reasons, but also that it wouldn't hurt to go *into* surgery in as non-inflamed of a state as possible.

There was one slip-up -- a pair of freaking horrible, sweet, disgusting margaritas at a gathering of CrossFit friends a few days before the elbow got cut open. It was gross. And it is the last drink I have had.

So, that was five weeks ago yesterday, and, well, I feel fucking fantastic. I have told you previously here and here just how amazing my mood has been.

Is it the complete lack of booze? I don't know, and, if you know anything about my fundamentally libertarian nature, you know that, really, I do not care what *you* choose to do in your personal life. There is no crusade here.

But I have to wonder about how the drinks affect me long-term in the mood department. Christ, there are just *no* lows in my mood right now. People who usually annoy the living shit out of me are nothing but a small dandruff flake to be brushed away. And, meanwhile, the good times aren't just good. They vary between full-on amazing and just a small blip below that.

I am a firm believer that, fundamentally, we are mostly just a giant series of chemical reactions going on. Brain chemistry, body chemistry.... It's all chemistry. And, just like a paleo/primal approach to eating more generally gets your body off of Mr. Toad's Wild Ride of hormonal spikes and crashes, could it be that knocking out the booze has a fundamentally profound mood-smoothing/elevating affect?

I don't know, but I have my suspicions. And those "suspicions" are strong enough at the moment that you could put a bottle of Laphroaig 10, or even Lagavulin 16 (or their "distiller's edition".... Good lord) in front of me right now and, no matter how much Ron Swanson digs that stuff, I wouldn't touch it. Pass the seltzer with lime, or the coffee. And make sure it's awesome.

I suspect that the militancy of my own personal position will mellow. But I also think that, at most, I am going to approach booze like I approach dessert. I don't care about dessert. It fucks me up. I almost never eat it. But every now and then, as I have told you, a duck-egg creme brûlée makes everything more delicious.

I am betting that someday I will feel the same way about Scotland's finest.

But not right now. For the moment, I am riding the crest of a wave of awesome.

And it's fucking fantastic up here. But if you are pulling shots of espresso, I'll take three. No, make it four.