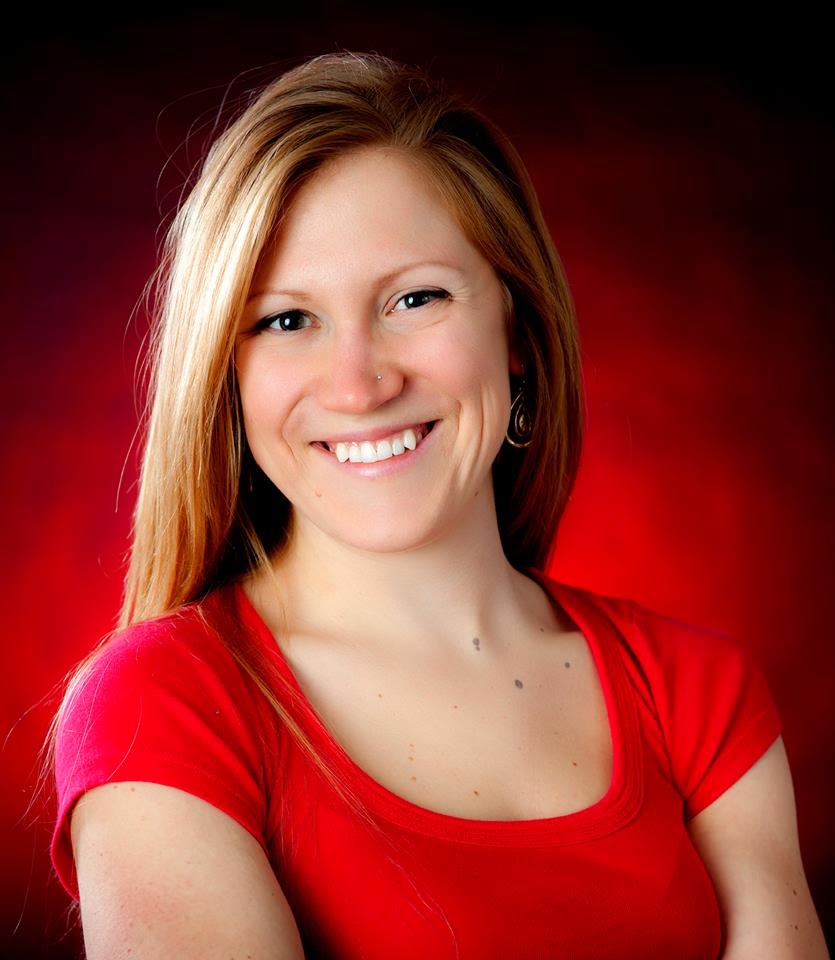 The even smarter ones are so global in their approach to health, and so broadminded/non-dogmatic about food, that it's often hard to pigeonhole them as solely "paleo." With some, it's even tough to find the word "paleo" on the cover**.

And the super-smart/one-percenter paleo books focus on the missing link in so many people's lives: happiness.

Stefani Ruper's Sexy By Nature is a super-smart/one-percenter kind of paleo book.

Like every author in this ever-expanding genre, Ruper would, of course, like to see you to eat clean and exercise smart. But, more than anything, she wants you to be happy and confident. And she wants you to understand that happiness and confidence come primarily -- almost exclusively, as a matter of fact -- from within.

The payoff is huge, because happy and confident equal sexy.

That's the principal message of Sexy By Nature, which provides women a step-by-step template -- through food, exercise and stress reduction like a lot of those other paleo books, but also through attitude adjustment and a strong focus on happiness and confidence -- for reaching a simple goal: sexiness through a positive body image.

Yeah, this book is specifically for women. It's not that a Y chromosome necessarily acts as a talisman against all negative self-image issues, mind you, but Ruper narrows her focus to the gender that's clearly suffering the brunt of the damage when it comes to both societal norms in, as she calls it, "the way we do sexy these days" and basic body-image concerns. Put differently, a lot more women than men need this book.

In Sexy By Nature, Stefani Ruper delivers the goods to meet that need.

It begins, like a lot of paleo books, with a sick author. A few years ago, Ruper had beaten herself down with vegetarianism and over-exercise into a low BMI, but also into polycystic ovarian syndrome (PCOS), hypothyroidism and hypothalamic amenorrhea (yeah... I had to look that one up too; don't feel bad). Oh, and acne too.

The answer to all of that was to put into practice a simple realization: "The more I give my body love, the more my body loves me back."

"Love" in that sense translated to a broad prescription of paleo/primal food choices, smart exercise, and stress-reduction techniques, like you would expect, and in those respects, Sexy By Nature is no surprise to anyone who has ever delved deep into the popular paleo tomes of the day.  But there are two significantly heavier angles being explored here that are geared specifically toward women: loving one's body no matter what, and turning that self-love into a new, empowered attitude of confidence.

Ruper writes: "If [women] reject the idea of a common, ideal body type and instead take pride in our own unique shapes, then we don't have to vie against each other in the race for beauty and love. We can, instead, celebrate our differences." In fact, the "sexiest thing of all is to be unashamedly you."

So she sets forth "old rules" -- like beauty conformity, dietary restriction to the insane point that food asceticism turns into an aesthetic of its own, and "unquestioning ignorance" -- that need to be replaced by "new rules" like celebrating each woman's uniqueness, obtaining nourishment from whole foods and "investigation" instead of ignorance.

The food section is precise in its recommendations (which amount, by and large, to a paleo/primal template) and equally exacting in its polite, but pointed, attacks on some of the more culpable players in the rise of food-driven disease. The dangers and nutritional inadequacies of grains, legumes, soy, seed oils and even vegetarianism are dealt with firmly and intelligently, and Ruper is clear that when it comes to the age-old paleo debates about the proper ratios of macronutrients (carbs, protein and fat) in a whole-food diet, the quality of those macronutrients is far more important than their quantities and ratios. There is even a balanced, non-judgmental treatment of the pluses and minuses of dairy consumption, and a plea to embrace the consumption of good fats, while shunning calorie-counting.

Stress and exercise all fall under the banner of "Live" in Sexy By Nature. Ruper provides not only detail on the affects of stress on digestion, on female hormones and on inflammation, but also a long list of stress-management tips that will be familiar to readers of this blog. (I think the only one she may have missed is flotation, and we know how I feel about that....) Her exercise recommendations (Stand; don't sit! Lift! Sprint!) share space with other lifestyle suggestions (Sleep! Sex! Sunlight! Explore your "spiritual" side in whatever way works for you).

You could get the (correct) idea that all this food, exercise, stress stuff is deeply interrelated.

The "Overcome" section also directly addresses menopause, fertility, PMS, cramps and mental health. And while often the recommendations regarding those issues are even more detailed and specific than the more general food/exercise/stress-management portions of the book (for instance, the menopause chapter discusses how fasting and low-carb approaches may work better for women who are past their reproductive years) many of the "fixes" bear a lot of similarity to one another and to what preceded them in the book, as well they should: eat well, exercise smart, be happy and stress-free.

But as wonderful and detailed a manual for smart, healthy living as Sexy By Nature is all through its first almost 300 pages, it's in the final section of the book -- entitled "Strut" -- where Stefani Ruper really hits the peak of her stride. This is the place where, in a series of truly inspiring and detailed chapters, Ruper tells women how to get their groove back. Self-love isn't just emphasized; it's ordered as the prescription of the day, week and month with specific recommendations to ultimately result in a high level of "self-determined sex appeal." And Ruper means every aspect of self-love: physical (love your body), non-physical (love your mind, personality and talents) and even existential (love and respect your inherent self-worth, no matter what).

Ruper not only tells the indisputable, but often-overlooked, truth that the "only thing you have to do to be sexy is to feel it, believe it, and embody it"; she gives a long series of detailed tips on how to get there. The most important of those? "Be yourself." The second most important -- and I love this because it's so true: "Fake it 'til you make it." Translated: no one knows a damn thing about your self-doubt... unless you let them in on the secret. So don't.

It's one thing to write a great paleo/primal guide to food, exercise and stress/happiness. Stefani Ruper's undoubtedly done that with Sexy By Nature. But there is so much more here than just clean food, smart movement and mindfulness. This is a manual for personal empowerment. and really, what's sexier than a confident, empowered woman?

**Ok, technically the word "paleo" appears once on the back cover of Sexy By Nature. I'll let you play "Where's (Caveman) Waldo?" to find it....