ApoE, cholesterol and alcohol revisited. An N=1 experiment appears to pay off. 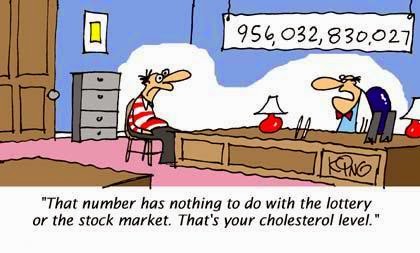 It's a line that got laughs, especially because, just a little while earlier -- as of early August 2013 -- I hadn't been drinking alcohol at all. (In fact, hell, I was so happy with not drinking that I did a blog post about it).

But then, in January, my visit to the paleo doc revealed a bizarre twist: every available measurement of my LDL cholesterol -- small dense LDL, particle number (LDL-p), plain old regular LDL (LDL-c) -- was up forty percent in just under six months, the same "just under six months" that I hadn't been drinking. It was downright weird, and there was only one thing I could point to as a dietary/lifestyle difference over that time: I had quit alcohol entirely. Everything else was exactly the same. I had been paleo for years without an LDL issue. And these LDL numbers were suddenly high. Very high. I wanted to do something.

So I did some research. Then I did a really detailed blog post about that research. The bottom line of all that reading was that I am in a rare (10% or so) genotype called ApoE-2 which appears to get a (sometimes very significant) lowering of LDL cholesterol from regular consumption of alcohol. The genetics behind all that aren't terribly complicated, but I have laid them all out for you previously in that old blog post so there's no point in repeating it here. Let's just say that when I talked to the doc about my results, we both agreed that an experiment was in order because of my ApoE-2 status. "Have a drink every day -- not three drinks, not six drinks, and not beer because of the gluten... just one drink a day -- for a few months and then we will retest you," my doc said after I presented him with the Framingham Offspring Study. He hadn't heard of it before. "This is fascinating," he said. "Cheers, doc," I replied, and off I went to buy some wine. **

Really. I went straight to the liquor store.

I am not a man plagued by hesitancy.

But when one is non-hesitant and goes from six months of teetotaling straight to daily alcohol consumption, one's body initially gets a little uppity about it and doesn't fully cooperate. My ethanol of choice was either red wine (white wine grosses me out), hard cider (but it gets really sugary and heavy, so not so often), or either whisky or tequila. And, Jesus Christ, my gym performance took a hit for about three to four weeks. I was fairly sure something like that was going to happen -- after all, I was always the guy telling people that if they wanted a cheap way to up their weightlifting numbers, just quit drinking for a month -- so I just accepted the reverse effect as the cost of doing the lipid/alcohol experiment, but seriously... I was awful in the gym for most of February. But my body eventually adjusted. And I started lifting heavier, eventually nailing some deadlift and snatch PRs by the time May rolled around. And I even got back my aerobic capacity as well. But it took some time.

I was also careful not to overdo things in the alcohol department. So yeah, from late January to late May (now), I had one drink every day. There were also maybe at most a handful of two-drink nights, and I think one or two three-drink evenings, but never more than that. In other words, I never got anywhere close to drunk. I also doubled down on my mindfulness practice during that time. One of the things I really don't like about alcohol is that its depressant qualities can make me think more gloom-and-doom/catastophically than usual. I can get into a sludgy/discontented mental haze if I am not careful. So, knowing that going into this thing, and also realizing how much I dug the "clean" feeling of the six months of teetotaling, I decided that I was going to do my best to meditate every day. Sometimes that was straight-up stare-at-the-wall Zen meditation. Other times I would get out my EmWave2 and work on cognitive training via heartrate variability. But, no matter what, I tried to be really aware that if I was going to pour in some ethanol on a daily basis as part of a "health" experiment, I needed to take extra care to manage my mind and mood.

So, you ask, "What was the result of this lipid/alcohol experiment, Mr. Drummer?" Well... I had blood drawn last week and just got my results back. My first worry was that daily alcohol might somehow screw something up, but no. My HDL is still high, my triglycerides low and every marker of inflammation is lower than ever (and they were already great). Paleo for the win. But, even better, LDL -- in all its permutations, most notably the scarier measurements of LDL-p and small dense particles -- went down to levels even slightly better than I had gotten in my August 2013 tests. In other words, four months of daily alcohol for this ApoE-2 guy and I completely reversed the 40% LDL increase that almost six months of teetotaling had caused, and then I even did a little better than that.***

So now what? It seems pretty clear to me that I get a lipid-profile benefit from a little daily alcohol and that that same alcohol does not cause me an inflammation issue. The most interesting remaining question is whether that benefit has peaked and it is now just a matter of maintaining my current status, or are my current numbers merely a snapshot of today and am I still actually improving? For now, I am willing to say a big "Who cares?" or "Time will tell." In the meantime, it's Genetic Mutant Happy Hour for this ApoE-2. Cheers.

**I can't overemphasize that this advice would not be given to most of you. As that previous blog post underscores, I am in a 10% genotype (ApoE-2) where the Framingham Offspring Study indicates that alcohol consumption significantly lowers LDL (for men; women are not so clear). No other genotype gets that benefit, and ApoE-4s actually end up with higher LDL if they drink alcohol (and there are more ApoE-4s out there than ApoE-2s, if you were wondering). The point of this footnote: I am a genetic anomaly with regard to this, and you probably aren't. Sorry. You'll have to take solace in the fact that you are probably younger and quite possibly better-looking than I am.

***By the way, don't interpret this post as an acceptance of the notion that high LDL, especially that standard LDL-c measurement that often is the only one you ever get on your standard blood tests, equals a health problem. I am a firm believer that low-inflammatory/low-stress eating/living is the most important factor in health. But very high measurements of LDL-p and of small dense LDL particles are at least minimally correlated with cardiovascular problems. When I got measurements like that in January, I decided it was time to try an experiment, even though my other cardiovascular risk factors are very low (low triglycerides, low inflammation, high HDL).
Posted by Steve Kirsch at Friday, May 30, 2014