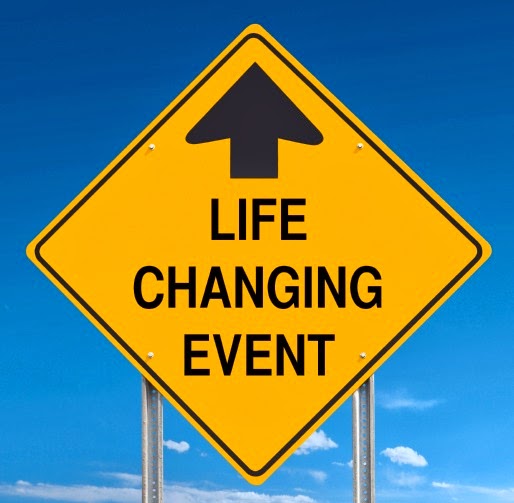 "What, other than your family, has had the most impact on your life in the last few years?"

It's a kind of deceptively simple question. My friend asked me just because we tend to roll like that --  occasionally posing a left-field interrogatory to see what will happen if we pour a little kerosene on the burning embers of our aging brains….

I didn't really hesitate more than a second: "It has to be CrossFit."

And the answer makes me laugh, because I have been kind of vocal on occasion about having some serious issues with the delusion of a few folks who think they are doing CrossFit just to be healthy and live long, but are actually training at a pace, frequency and intensity that has left health/longevity in the rearview mirror in exchange for, something resembling flat-out exercise addiction and grinding themselves to bits.

But those complaints are with the misuse of CrossFit, or, more specifically, the failure to distinguish between CrossFit as a health/longevity training tool versus CrossFit as a sport. (Either is fine, by the way, but understanding which path you are buying into is critical).

Let's not confuse all that with a basic fact: CrossFit has radically changed my life for the better in a number of very significant ways:

1. I am so much stronger at age 51 than I ever was before. No one's going to confuse me for a strongman competitor, mind you, but when I started CrossFit in the spring of 2010, I had never picked up a barbell in my life. I was a runner who also did some haphazard machine-based strength work in a globo gym. I had, as I like to call it, the flexibility of a man twice my age. CrossFit, particularly in a gym that has a so-called "strength bias," has done great things for me: my deadlift is currently at about 2.25 times bodyweight;  50-ft farmer's carry = just under 2.5x bw;  front squat is up over 1.5x bw, and my back squat is a little more than that. I move better than I did twenty years ago, and I keep improving in both strength and mobility. It's, well… it's totally fucking cool is what it is. I feel like I have slowed down the aging process, and I am, as always, firmly against the aging process.

2. Short intense sprint-based workouts a few times a week are wickedly efficient for general health/fitness. I wasted so much time back in the day on a treadmill that it just kills me….

3. When I play other sports, or do any outdoor activities -- whether volleyball or hiking, or even drumming (yes, drumming is a sport… heh) -- I have more stamina and endurance, and a general lack of soreness afterwards, than I ever did. One particular example: I have day-hiked Mount Whitney, tallest peak in the Lower 48, three times in the past ten years. (That's a 22-mile round trip with over 6000 feet of elevation gain -- and then loss -- in one day. The day-hiker starts at 3 a.m. with headlamps on so he or she is sure to make it back down the mountain on the same day). The first two times I hiked it -- both pre-CrossFit -- the uphill was grueling, but the 11-mile downhill from the summit to the trailhead completely slaughtered me. Quads on fire, feet about to quit. Just awful. In 2012, two years into CrossFit, and just after I turned 50, I did it all again, but that time with minimal pain. Sure, it was hard, but it was the easiest it had ever been for me. Why? Strength. I no longer felt at mile 17 like I had five miles to walk on legs that were about to give out on me. Strength is a very good thing, and it translates into endurance -- the ability to go long distances and not have your muscles give up.

4. CrossFit got me into paleo. When I started CrossFitting on my own, the Zone was big. There is nothing wrong with the Zone as a nutrient-partitioning strategy, but as a "way to eat" it can lack some basic guidance about what the foods providing those nutrients will be. You can "zone" Ben and Jerry's, McDonald's and cookies -- not really what I was looking for as an overall nutritional plan. But reading up on the Zone led me quickly to "paleo" this and "paleo" that, and, once I joined a CrossFit gym, in June 2010, where the trainers emphasized paleo as the ticket to good health, I was sold. Four years later, here I am, having experimented all over the map with different shades of paleo and primal food, and having fully worked out a "way to eat" that works for me. Thanks to the Paleo Physicians Network and Primal Docs, I even have a doc who is down with the whole plan. My wife has put an autoimmune disease into remission with a paleo autoimmune protocol (AIP) that she never would have known about from her AI-specialist doc. It's all really remarkable, and it simply would not have happened when it did had I not gotten into CrossFit.

5. Community. We were recently at a party at the home of a fellow CrossFitter. In fact, everyone there was from our gym, CrossFit Aspire. People were talking about liking this or that workout. Some of them were discussing training regimens that would crush me with their frequency, and others were professing love for long metcons that I don't really enjoy at all. Finally I said, "You know what I like the most about CrossFit?" and, pointing to the gathering in the room, I answered my own question: "This. This is what I like. Hanging out with cool, smart, focused people who have a sense of community." That pretty much says it all. I don't belong to another organization where people are so tightly bonded together. It's completely fucking cool, and gives the cynical-bastard side of me hope for humanity. Really.

In early 2010, my son Kevin invited me to come out to his CrossFit gym to watch an in-house competition because, he said, "I think you will think this CrossFit thing is pretty cool." I'm not sure that "pretty cool" adequately describes what's happened since then. Thanks, man. I'm in for the long haul.