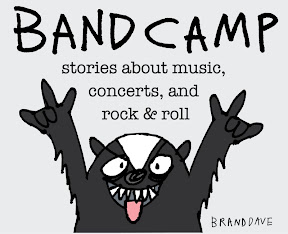 I am not a person particularly bound to tradition. But there is one huge exception: band camp.

I've written about it before: a group of us gets together once a year in a cabin, in either New Hampshire or Maine, and we play music, eat and drink.

And next week's edition, which starts Thursday and runs through Super Bowl Sunday, is Year 26, which means that band camp has been going on now for over half my life. There is simply no other "tradition" in my world that has lasted anywhere near that long.

So the playlist is set -- heavy this year on lots of "Americana" (you know, Neil Young, the Band, Little Feat, etc.)-- and the players are ready, this time with three legitimate vocalists, two of whom play guitar, and a pretty badass rhythm section, if I do say so myself, of me and my brother (who made the switch from lead guitar to bass a few years back). And then there are the, er, less legitimate, but still fun, vocals that happen when a less-frequent vocalist grabs the mic and lets it rip.