Last night, I witnessed the classiest, quietest smackdown I have seen in a while.

I was standing at the bar just a few feet from the side of the stage at Johnny Brenda's in Philadelphia. Malia James, bass player for the Dum Dum Girls, leaned down between songs and said, quietly but firmly -- to the guy whose beer had already been teetering so perilously close to her various pedals that she had spent some of the previous songs blocking the approach of said beer with her foot -- "Excuse me, but do you have any idea how rude you are being right now?"

He (and his sloshy beer) had been on the phone together. Texting. For a while. While he leaned over the edge of the stage. Five musicians were on that stage playing their asses off. He was completely ignoring them, head down, looking at the phone, with his screen turned up to brightness-level "Totally Obnoxious." Texting. Fucking texting. For most of a song.

So she said something.

And he put the phone away, with a look that indicated he had never previously considered what a self-involved turd he is.

It was so quick, awesome and effective that my wife, standing next to me, didn't even see it happen. I was filled with fellow-musician pride.

The cell-phone plague at shows is bad enough already. Morons are filming large chunks of entire shows, blocking the views of those behind them with bright screens held in the air. That's bad enough. But when the idiotic behavior starts affecting the musicians onstage, it's gone completely over the edge.

Just put your phone away while the band is onstage. 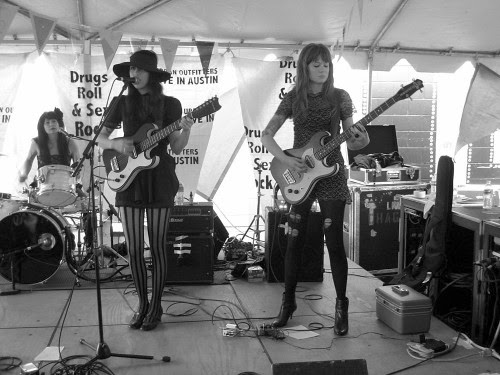 
- Posted using BlogPress from my iPad
Posted by Steve Kirsch at Monday, March 24, 2014