Two simple gun-control suggestions, a.k.a. forget the flashy bans and do something that might really matter 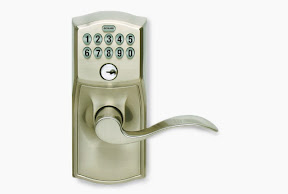 This morning, I heard Donny Deutsch on MSNBC say something like, "I wish people would stop saying gun control and just talk about assault-weapon control." And I thought, "You have to be kidding me." If you are going to do something meaningful to combat gun violence, focusing on assault weapons may miss reforms that are both easier to pass and implement, as well as broader and more effective.

See, as I understand it, an "assault-weapons ban" has all sorts of problems and loopholes and restrictions before you ever get to the part about whether targeting a supposed class of weapons will actually *do* anything meaningful. (A small point on the "meaningful" angle: the Newtown shooter apparently used a .223 rifle that people would now like to ban as an assault weapon. Does anyone think that if his mom hadn't owned that gun, he wouldn't have done the same horrific things with the two semiautomatic, non-assault-weapon, pistols that he had? I don't). There are, by any measure, a whole lot of assault weapons already legally-owned in this country. Is anyone talking about confiscating *those* guns? I don't think so, for a simple reason: if you think deporting 12 million illegal aliens would be not-so-feasible (and you'd be right), try tracking down and seizing all those guns. Then, even if you found them, I am fairly sure that there is a massive "takings" issue under the Due Process Clause for government to confiscate a formerly legally-owned item without fair-market-value compensation. And then, even if you spend that money, what exactly are you banning? There is a mighty definition problem when the word "assault weapon" is bandied about. The classic in-effect automatic/semiautomatic distinction is pretty easy: pull the trigger and how many bullets fire? One? Or more? But "assault weapon?" That .223 rifle sure as hell looks like what lots of folks call "an assault weapon," but Connecticut has an assault-weapons ban that didn't make it illegal. Would gun manufacturers then simply scrap making all the old guns, and make new ones that a ban doesn't cover? Would we then have a dog-chases-cat scenario of government monitoring all new guns to classify them?

In short, an assault-weapons ban sounds like a mess of legalities, definitions, potential compensation issues, and then a question of whether you have actually done anything other than switch the weapon of choice to something else. And, yeah, a high-capacity-magazine ban sounds the same to me -- a boatload of definitional/takings issues with questionable return. As I understand it, the Newtown rifle had a 30-shot cartridge. He fired more than 30 shots, so he reloaded. Do we doubt that he would have reloaded those pistols if he had to?

How about a different, broader focus? How about specifically two things?

First, close the colossally stupid, nearly inexplicable "gun-show loophole" that exempts gun-show sales from background checks. Does that one even require explanation? Has anyone ever figured out the sense of that loophole? Either you need background checks or you don't. I think you do to keep guns out of the hands of felons and the mentally-ill. And if you do, what in the world is the point of that loophole?

Secondly, can't we sensibly require gun owners to lock up their guns if they aren't at home, providing access only to those who have passed a background check? And before your answer is that that law would be ignored, a simple corollary proposal goes with it: you have to report a stolen gun within 48 hours. That requirement could have the result of drastically reducing the number of burglaries in which guns are stolen. Guns that are locked up, particularly in a gun safe, are harder to steal. And the incentive to comply will be strong. If you own a gun and it gets stolen, and shows up in a future crime, it will be obvious whether you reported the theft. It may also be obvious that it wasn't locked up when you weren't home, unless it was stolen out from under your nose. It seems like an easy reform, and one that is not a gross imposition on gun owners. Hell, every gun owner I know has most of his or her guns locked up anyway.

What I think is important in this debate is to remember, first of all, that there is a right to own a gun in the home, according to the U.S. Supreme Court. So, as I have said before, forget going after *that* right. You would be going up against the constitution, as interpreted. Instead, how about focusing on a way to reduce violence with those guns? Nothing is going to lower the homicide rate to zero, but, on the other hand, full background checks for all sales, plus a lock-when-not-home requirement could actually prevent guns from falling into the hands of those who are not legally authorized to have those guns -- criminals and the mentally-ill.

Hey, Mr. Vice President, when your panel of experts gets together, keep the approach simple, and effective.


- Posted using BlogPress from my iPad
Posted by Steve Kirsch at Friday, December 21, 2012