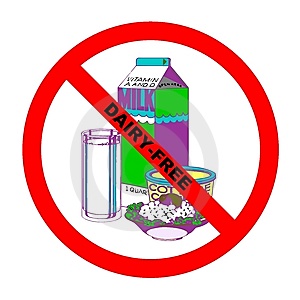 The other day, I ran across this recipe for a dairy-free/paleo egg nog. And I was intrigued. See, I never really liked traditional egg nog. The milk-shake-y consistency was OK, but the sweetness was always gagworthy. So, honestly, I don't think I have had egg nog in 20 years, or more. And before you tell me that rum or bourbon always helps, I would rather just have the rum (dark, please) or the bourbon. Or better yet, a delicious single-malt whisky from Scotland. But I digress....

However, that recipe was of interest to me because it is coconut-milk based. Coconut milk has a bit of natural sweetness to it, and it's a great source of medium-chain fatty acids and lauric acid (although even better for the lauric acid is coconut oil, but I digress again....)

We didn't have honey, and, even if we did, like I said, I am not a guy really motivated by sugar. In fact, overly sweet stuff repulses me, so I decided to go sweetener-free. The coconut milk was going to carry the sweetness load. We also didn't have nutmeg. It also looked to me like that recipe called for absurdly paltry amounts of cinnamon. And finally, to hell with the frou-frou topping. I don't have time for that nonsense. So here's where we ended up, but all credit to the initial idea goes to Primally Inspired, the site that first posted the recipe:

--2 14-oz cans full-fat coconut milk. (Not light. Not some chemically, seaweed-encrusted, soybomb shit in a carton labeled "coconut-milk beverage." Full fat. From a can).

--Six egg yolks. Now, here is where it gets tricky. I would no more ingest a standard-issue raw egg yolk from a factory egg than I would go dumpster diving for food. It seems like a good way to get, as the doctors call it, really fucking sick. However, Whole Foods sells real oh-my-god-yeah pastured eggs, with yolks so orange  that they give you hope for the future of the human race while simultaneously  making you hum this. So I would seriously advise using those, and still, y'know, ultimately, you're on your own on this one, kids. If Chicken Little pooped all over that egg, then you never know. Play smart. Live free. Go make something else if this part scares you.

--a lot of cinnamon. At least a tablespoon. I used a little more.

-- a tablespoon of vanilla extract

--a tablespoon of allspice.

--a tablespoon of "baking spice," which, not being terribly familiar with the "baking" portion of our spice rack, I am not sure whether this is a standard-issue item, or whether it is some weird stuff that just we have. It has cardamom and anise seed in it, among other things. (Kudos to my wonderful wife for the allspice and baking-spice suggestions. I would have punted at: "Fuck it; we don't have nutmeg," but she came to the rescue). If you don't know what this is, then just use more cinnamon and allspice, or buy some nutmeg. Mankind got to the moon years ago; you'll figure this out.

(Are you ready? It's tough). Mix everything together really well in a pitcher. (Oh, that was hard). My wonderful wife suggests that a blender might be helpful. I politely rejected this aspect of her advice, free from regret. A bigass spoon worked just fine.

Now, however, you have an executive decision to make. If you are mixing this up for your friends with the primary goal of getting schnockered in a Christmas-y way without the, er, burden of adding booze to each individual glass, then pour however much rum or bourbon or whatever you want into the pitcher and see who can belt out the best version of this after a few schlogs o'nog. I chose not to do this because: (a) my wife doesn't really drink much, and (b) I was afraid I would screw it up; better to add to each glass to get the amount/proportion right. I also learned later that the non-alcoholic version makes a pretty nice topping for frozen fruit, aka, "Christmas paleo egg-nog ice cream." Whoa. Anyway, when it came time for the alcohol-included version for my glass, I used dark rum, because the lighter stuff is too sweet for me. I was, once again, regret-free.

In the end, I dug this stuff immensely. You could mess with it in a myriad of ways: Cinnamon sticks. That fancy topping in the original recipe. Honey if you are a big baby and need it sweeter. Whatever. Have fun, and happy holidays of whatever sort you are celebrating.