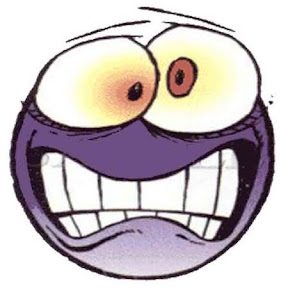 I have had this mantra -- maybe it's been more like some sort of dorky Official Paleo Drummer Motto -- for a while now that goes something like this: "You can't eat your way out of bad sleep, and you can't exercise your way out of bad eating. So fix things in this order: 1. Sleep. 2. Food. 3. Exercise."

And I really believe that, and try to live by it. If I am sleeping poorly, then, no matter how well I eat, I am not at my best, and exercise might even be counterproductive under those circumstances. And I know from years of allegedly "healthy" eating (Low fat! Vegetarian! Whole grain!) that exercise can only do so much when you are inflaming the bejeezus out of your body with irritating foods.

But I think I need to update the motto.

Because stress management needs to be in the top spot.

And I knew that already, but I think I was sort of melding that into the "sleep" category. But, at least for myself, I think it needs a spot on the list all its own. Right at the top: 1. De-stress. 2. Sleep. 3. Food. 4. Exercise.

It's not that I am a walking ball of tension at all times, but I pretty consistently have what could fairly accurately be described as a "metric shit ton" of things going on at once. And that's cool.... at least until it's not.

But when it's not, it potentially messes up *everything*.Those wise ancient Chinese and their proto-medicinal ways had it right: the digestive system is just hopelessly and completely intertwined with the mind. If I am stressed, acid reflux/GERD shows up. Sleep gets disrupted. I am sure when those two things are out of whack, then proper nutrients aren't being absorbed from food. Then I go to do a CrossFit workout and feel like I have no energy. Add more stress. Stir, repeat and blend into a cosmic death spiral.

So what's a drummer to do? Mostly -- and by mostly, I mean, basically, it's all I have because it's all that *ever* works -- there's meditation. I simply cannot properly keep stress at bay if I don't meditate, and, once again, I am learning that if I just make the time, preferably right when I wake up and right before bed, to meditate, then everything else falls so beautifully into place that it is almost indescribable.

And, honestly, this kind of pisses me off.

Because, in simple, non-medical terms, what the hell? How can staring at a wall and doing steady abdominal breathing for 15-20 minutes make such an extreme difference in my entire life?

I have no idea.

It borders on new-age whackadoodle nonsense (NAWN). And I do not subscribe to NAWN in any form.

But it works. Calm the mind and you calm the digestive system. Calm the mind and you sleep better. Sleep better and have a calm digestive system and you absorb nutrients from food better. Digest your food better, and exercise will be much more beneficial, as opposed to being another source of stress. On the other hand, fail to calm the mind, and you never get properly started on the whole sleep/food/exercise Axis of Awesome.

It seems like such an easy choice for me, but I forget it so often: calm, peaceful happiness or cosmic death spiral of stress.

OK, so I am hereby resolved -- and I really effing hate new year's resolutions as a general proposition, but whatever works, ya know? -- to meditate every day, twice a day preferably, during the entire month of January. And then, once I am feeling so good that I have reached my happiest state (which is some top-secret blend of Ron Swanson and Tigger that reaches a primo spot on the "charming v. really?" axis that I hope doesn't annoy the living crap out of everyone I know more than I already do when I am not at my, ahem, "best") I will keep on that path past January.

Because a few things seem really obvious, but get lost along the way: your time on the planet is brief; you really ought to enjoy the ride and not let the bad people and things get you down; and when you keep all that bad stuff properly managed, enjoying that ride is a lot easier. Duh. Double duh.

So that's my January plan: 1. Stare at a wall twice a day. 2. Watch everything all fall into place again.
Boom.

- Posted using BlogPress from my iPad
Posted by Steve Kirsch at Sunday, December 30, 2012