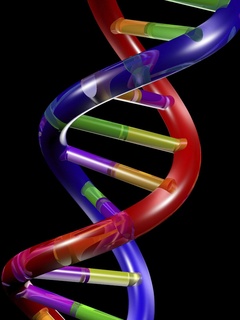 For me, the "clean eating" thing has never been about purity. It's about what works. For me. Not for you. As proof, here's a true story: at this very moment, as I type this, I am eating cheese.

"The Paleo Drummer" is eating cheese.

It's really good cheese, from grassfed cows, but it's cheese nonetheless. How paleo is that, you might ask?

It's not. And the number of fucks I give about that fact is exactly zero.

Why? Because it seems to work for me. I get no digestive distress these days from really good cheese. So I eat it.

What doesn't work for me very well is a whole lot of carbs. I found this particular fact out through bloodwork and then through some categorical dumbassery.

Having a blog doesn't exempt one from dumbassery; it just makes it more likely that the dumbassery will eventually be on public display, at least if it relates to the subject of the blog. Here we go....

A part of the blood testing that my paleo doc does the first time you come through his office is genetic. It shows tendencies that one might have for all sorts of nasty, undesirable things: catastrophic blood clots, Alzheimer's, etc.  Once you have that done, the doc doesn't need to do it again because, durrrr, your genetic makeup isn't going to change.

If you have to trust me on that one to keep reading on, so be it. (Really, your genetics are NOT GOING TO CHANGE).

What can change, however, is your penchant for foolish behavior in light of learning about said genetics.

I found out a few years ago that, genetically speaking, I am part of a 10% (or so) group of the populace that actually sees what most folks would consider to be "better" lipid numbers -- lower LDL and higher HDL -- with a little moderate alcohol consumption. I blogged all about it here and here.

But with the positive booze news (for me) came another angle. This particular mutation -- an ApoE 2/3, (if you care; go ahead and Google: "What is ApoE?" and set aside some time for the ensuing shitstorm of information) -- means that, compared to most of the populace, I don't process carbohydratess very well at all. By and large, I know that, hypothetically speaking, I should be eating high fat, moderate protein and low carb -- all from high-quality sources, of course (but you know all about that "high quality" emphasis already).

No, actually, and that's the point of this particular exercise in letting my blahblahblah tendencies run wild: you can't flat-out defeat your genetics. You can work with what mom and pop gave you and minimize risk, or you can be a dumbass and ignore the problem, perhaps even flaunting your ignorance while shaking your moneymaker.

It seems that I chose Door #2, to a degree, anyway.

Over the last few years, with pretty damn spectacularly "clean" mostly-paleo eating most of the time, I have managed to keep inflammation really low. I also have low insulin (awesome!), high HDL (great!), low triglycerides (great again!), and high-ish LDL (not so great, but not a crisis by any means because of low inflammation and low insulin).

The LDL used to be a lot worse than high-ish. The "ish" was nowhere to be seen back then. In the last year or so I have put a more Mediterranean emphasis on my own paleo eating (details coming to a blog post near you soon, I swear) and swapped out some of the globs of butter for high-quality olive oil, a lot of vegetables and enough sardines to make the Baby Jesus cry (that is about 5-6 cans per week if you are keeping score at home). I still eat plenty of other animals, mostly grassfed cows and lambs, but the Mediterranean-ish twist has paid off nicely.

My recent bloodwork with the paleo doc showed all that. He liked it. (Hey, Mikey!)

It also showed something else. He said, "So while you've been doing smart things, have you also been maybe eating more carbs?"

And then I started adding it all up for him. It seems that from the last bloodwork to this one, I did all those great high-fat Mediterranean-y things, but I also glommed down a lot more carbs. Rarely were those carbs of the gluten-y variety, but they were carbs nonetheless.

Potatoes. A lot of fucking potatoes.
Rice. Mmmm, rice.
More gluten-free granola than I care to admit.
Tacos. There are only two kinds of people who say they don't like tacos: morons and liars.

Some of you can do these carb binges all you want. I can't.

And here's the kicker: I KNEW THAT ALREADY.

Or at least I was supposed to.

How, you might ask, did the doc figure out that I hadn't been "with the program," so to speak?

Was my fasting glucose spectacularly high? No.

Was my insulin high? No.

But my HBa1C -- a measurement of glucose over the past few months, as opposed to just that day of the blood draw -- was up quite a bit. Not at crisis levels, but certainly at "How about you knock it the fuck off, drummer boy?" levels.

The Reader's Digest version is that my bloodwork caught me in a soon-to-be giant mess before it actually happened. The solution is easy. All that carb-y-ness? I can't eat it very often. High-fat, moderate-protein, low-carb is my jam, genetically speaking.

So what's the point, you ask, beyond the not-so-surprising notion that you can't beat your genetics? Am I telling you that you ought to get genetic testing done?

No, not necessarily. If you have spectacular bloodwork and don't need to change anything, then cool. But if you don't, and you make some changes, and still aren't entirely happy with the results, before you go leaping straight for a medication-based response, you might want to get a paleo doc to look under the hood a bit more. The car analogy? It's more apt than you think, because genetic testing can run a few hundred bucks and often isn't covered by insurance, but I bet you that if it were your car that needed a few hundred bucks worth of work, you'd likely spring for that right away. Well, if your bloodwork is FUBAR and you want to figure out things like... WHY? then I'd say that springing for the genetic angle is worth your while. Life: it's more important than your car, every time.

The other, completely opposite sort of point: if you get bad bloodwork results, give yourself a bit of a break, hmmm, and pass up on the self-flagellation and guilt? Address the "problem" for sure, but don't beat yourself up. I'm someone who supposedly knows what he is doing regarding this stuff. I get super-deep into nerdville with my paleo doc when we talk bloodwork. I know my paleo/primal shit, mostly anyway. And yet still, I made a mistake so death-defyingly simple as to routinely and consistently pig out on something that I KNOW isn't a good move for my genetic type that I made my bloodwork moderately explode.

Because dumbassery.
Because genetics.
Because delicious potatoes.
And because tacos. Mmmmm, tacos.