Back on New Year's Day, I wrote a long post about how I was in the process of making some big changes. A knee injury led me to some decisions that included leaving my CrossFit gym where I'd been a member for over five years, adding yoga and Core Align work to my flexibility regimen, and, most importantly, switching to a gym where my entire workout would be individually programmed for me. The idea was to have a trainer, who came highly recommended, set up a series of workouts, including specific warmups geared towards loosening up all my many immobilities.

It's all working really well.

Since last August when I tore the lateral meniscus on my left knee, I'd been sluggish, for me anyway. I was walking every day, but I wasn't lifting much, wasn't as active as usual and just wasn't moving enough.

Moving is good. Really good. A typical week for me now looks like three days in the gym, two or three days of yoga, a Core Align session and maybe a band practice (drumming is moving, believe me). It sounds like a lot (ish), but I'm still getting "rest days," and, honestly, the remedial (read: arthritic) way I do yoga makes it less energetic than a full-on gym session, so those days are more "active rest" than they are hardcore movement. But still... I'm MOVING. I'm moving a lot. As a result, I'm less dependent on caffeine, more energetic and generally in an absurdly good mood. And I am also not getting injured because I am riding that line between "Wooooooo yeah!" and "Damn it, I've overdone it again." Hell, I even ventured to New England for the 29th year of that glorious meeting of musician friends that we call Band Camp, played two gigs while I was there, including one that had me drumming on songs I'd never practiced or played before, and I not only survived all the late nights and madness without getting sick or run down; I loved every second of it.

I know... it's truly fucking absurd to have started all these big changes right with the new year -- cliché anyone? -- but, really, January 2016 has kick-started my engine. Moving: I highly recommend it. 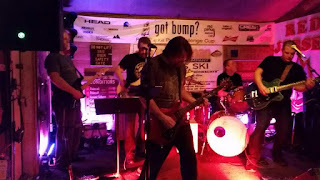 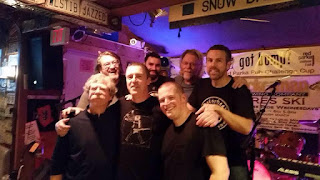