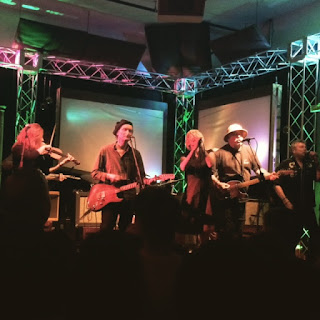 They were Lester Bangs' favorite band. And he died in 1982, so he never even heard their best stuff.

They've been cranking out albums for almost 40 years. Their period of absolute and complete genius, which I'd call 1985-1993 or so, matches or exceeds that of any of your favorite bands. And yet, the chance that you've even heard of the Mekons, let alone that you approach them with the sort of slavish devotion that Lester did -- or with which some of the rest of us still do after all these years -- is pretty small.

I'll let you poke around that Wikipedia link, and this one too (from AllMusic) if you'd like to edu-macate yerself on all things Mekons. It will not be time wasted, I assure you. But the rest of this review is for the fanatics, the freaks, the devoted (non-)hordes -- the kind of people who fully and completely understand why I drove over two hours to Harrisburg, PA to see the Mekons three days before I am already planning on seeing them Monday night in Philadelphia.

*********************
"This is our first time in Harrisburg!" Jon Langford exclaimed, with the sort of gleam in his eye that warned the Langford-aware that he might just come out with a zinger at any moment. But he didn't. Well not then, anyway. He seemed genuinely amused and honored that the room was nearly full in a city where he'd never previously set foot. Then again, moments earlier he'd denied any knowledge of the story told by the emcee/host/booker guy who introduced the band. Pointing to Langford, the man declared, full of pride: "I am so thrilled to introduce this band. Jon and I got drunk together in Mexico last year." "It's all lies!" Langford interrupted, with the same gleam in his eye. "I've never been to Mexico!"

And we were off to the races. A Mekons show is always a recklessly-stirred slumgullion stew of musical genius, comedic moments, drunken witticisms and barbs exchanged between band members, and, yes, often episodes of complete chaos. At their best, or most memorable, you might get all those things in the course of a single song.

So the band thundered its way through the opener, "Memphis, Egypt," gave "Beaten and Broken" the amped-up-waltz treatment and locked into a heavy reggae-ish groove for "TINA." Vocals were expertly traded amongst Sally Timms, Tom Greenhalgh, Rico Bell and Langford. The rhythm section of Steve CompleteFuckingGenius Goulding (his actual middle name... look it up) on drums and new bass guy Dave Trumfio (introduced as "Baron Von Trumfio") was, as one would expect, locked and (not nearly as) loaded (as its bandmates). Violin player Susie Honeyman, as always, somehow floated above the cosmic fray, alternating expressions of "Good god, Jon, shut up," with genuinely amused/bemused looks that told you she still gets a kick out of being in this band, where her expert playing is an essential cog in the indescribable machine. And Lu Edmonds, looking decidedly Middle Earth-ian, skillfully played an electric saz that added Middle Eastern textures to song after song.

But let's not pretend that all was perfection in paradise. This was the Mekons, for fuck's sake. They wouldn't know intentionally perfect if it bit them in their sarcastic asses. They'd pour tequila over their heads and light each other on fire onstage, if necessary, just to throw a touch of the unexpected into a gig. No need for that, fortunately. Not long into the show, something went wrong with Lu's foot pedals; Langford, clad in an inexplicable pith helmet that he's been wearing all tour, filled the repair time by telling jokes, each increasingly more groan-worthy than the next. He then told us again that it was the band's first time in Harrisburg. Sally didn't hear that; so she then told us all that it was the band's first time in Harrisburg. Langford, looking at her with the kind of incredulous expression that really ought to be in the Rock and Roll Hall of Fame, interjected to much laughter: "Have you been drinking, Sally?" "Yes, I've had a few," Sally smirked.

Langford's clearly driving the bus here. He leaped about the stage on song after song, conducting the orchestra, stomping his foot in time, singing off-mic to parts that others already had well-covered. When Tom lost his place headed into the chorus of "Sometimes I Feel Like Fletcher Christian," Langford shot him an "Oh, give me a break..." look that was priceless, and then took over the vocal until Tom could get his bearings and right his own personal ship. He coached Trumfio, gave Rico noogies when his hands were free, and didn't bother Susie at all, because I think he knows better.

There were, of course, sound problems. Put eight people on a tiny stage and someone's monitor mix is going to suck, and then, because it's the Mekons, at some point everyone's monitor mix is going to suck. And they'll joke about it with Dave the soundman. And it won't get better. Then Dave will just seemingly disappear. "Oh no. Dave's hung himself," Langford quipped. And then, because they are the Mekons, someone -- Sally this time -- will suggest that they ignore the shitty onstage sound and just rock out. So they did. It was glorious.

The setlist looked almost exactly like this (photo by Heather Copeland at one of the band's Chicago gigs): 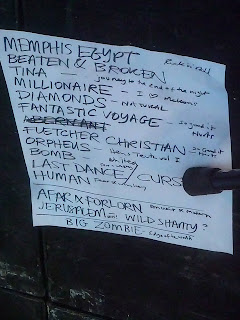 We didn't get "Big Zombie" -- a shame, that -- but we got a soaring Sally vocal on "Ghosts of American Astronauts" to make up for it. Otherwise, I believe every song on that list was played. And if you forced me to pick favorites, I'd tell you "Memphis," "Beaten," "TINA," "Ghosts," "Hard to Be Human," and the melange of waltz-y goodness that resulted when the band blended "Shanty" with "Wild and Blue" to make, yes, "Wild Shanty," but, really, it was all great. If the Mekons want to make me absurdly happy on Monday in Philly by playing a song that I know they taught the good Baron for this tour, "I Have Been to Heaven and Back" would be an extraordinary addition to an already perfect slice of Mekons bliss.

I love this band, if you can't already tell. They have never, in many many gigs over the years, ever disappointed me. And when they bring their sardonic wit and their shambolic brilliance to my fair city on Monday night, I'll be, once again, in full Mekons glory. Lester Bangs? He had no idea how great this ride was going to get. 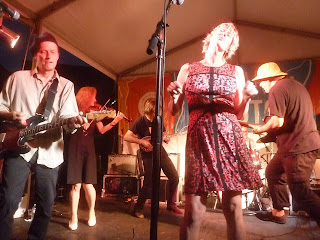 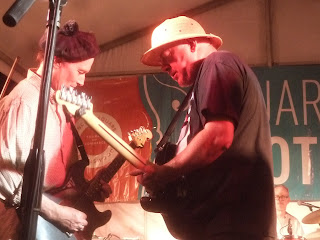 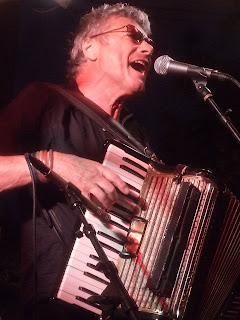 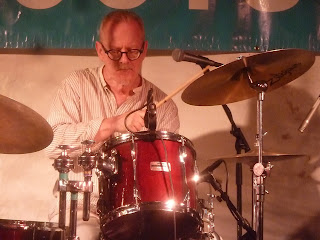 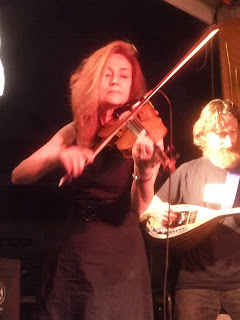 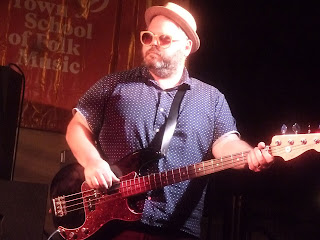