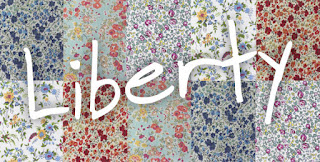 Today’s marriage-equality decision from the U.S. Supreme Court is a truly watershed moment for what regular folks would call “liberty.” You know, freedom -- the right to do what you want as long as it’s not hurting someone else.

In fact, it is frankly so “duh” obvious to most folks that I know that an adult ought to be allowed to marry the consenting adult of his or her choice that a non-lawyer could wonder, as I saw some of my friends doing today on Facebook: “Why the hell was this decision so close? It was 5-4!”

Here’s why: this opinion is, from the perspective of this lawyer, actually a big deal – a very big deal – for reasons that go way past the right to marry. And those who don't want it to be a big deal were fighting hard against it.

See, what the average, non-lawyer folks call “liberty” is not what the U.S. Supreme Court has traditionally viewed as the definition. In fact, Justice Thomas wrote in his dissent today:

“The majority claims these state laws deprive petitioners of ‘liberty,’ but the concept of ‘liberty’ it conjures up bears no resemblance to any plausible meaning of that word as it is used in the Due Process Clause.”

He then goes on to treat the majority opinion as if it is from Mars, ultimately concluding that, as far as he can tell, “liberty” in the constitutional sense doesn’t refer to much more than “freedom from physical restraint.”

“If it doesn’t physically shackle you, quit your whining.” OK, he didn’t actually say that, but he came close.

Likewise, when Justice Kennedy’s majority opinion said what might appear to you and me as a reasonable line: “The nature of marriage is that, through its enduring bond, two persons together can find other freedoms, such as expression, intimacy, and spirituality,” Justice Scalia came out with this doozy: “Really? Who ever thought that intimacy and spirituality (whatever that means) were freedoms? And if intimacy is, one would think Freedom of Intimacy is abridged rather than expanded by marriage. Ask the nearest hippie.”

(I'll pause for a moment here to say, actually I did! I've always thought intimacy and spirituality are "freedoms." But, then again, even I make hippie jokes, so there's that).

So is this decision somewhat revolutionary? Does it depart, in any degree, from the “usual” constitutional analysis? Does it threaten the very notions of freedom and liberty that make this republic great? Are hippies taking over?

We’ll cut to the chase: yes, yes, no and no. But for that last one… maybe things got a little more libertarian than usual?

Justices Thomas and Scalia have one thing in their corner for this analysis: if you subscribe to their crabbed “originalist” notion of what constitutes legitimate considerations in defining the parameters of constitutional rights, then yeah, this decision is, I suppose, straight-up wackadoodle. The “founders” were not pro-gay-rights in any sense at all, and the Fourteenth Amendment guarantees of due process and equal protection were not intended, at the time of its drafting, to extend to gay Americans.

So that’s where they are coming from.

Is that what you think our most constitutional rights are defined by: only what the drafters of the constitution thought?

But the U.S. Supreme Court, while not usually adhering to strict “originalist’ thinking, has hardly been a bastion of rights-expansion. Remember, less than thirty years ago, a majority of the justices thought it was just peachy for states to criminalize a blow job depending on the genders of the participants. It took them 17 more years to fix that monstrosity of a ruling. (Guess the identity of at least two of the justices that didn’t like the fix?)

Keeping all that troglodyte thinking in mind, a lot of us lawyer types, steeped in the ways of “substantive due process” and the extreme limits placed thereon by the Court in the past, thought today’s decision was going to come down to a not-so-simple simple question. Although you and your non-lawyer friends might sensibly see the propriety of banning gay couples from marrying to be pretty damn indistinguishable from the same issue as applied to racially-based marriage bars in 1967 in Loving v. Virginia, those of us a little more jaded on the “progress” of actual liberty – not Justice Thomas-style “liberty” – knew that sexual preference had never been deemed by the Court to warrant the so-called “strict scrutiny” analysis that racial classifications have. So we thought that so-called “rational basis” scrutiny – a much looser standard than “strict scrutiny” -- would be the test.

And even though there are precious few cases on the books where the non-sinewy methodology of rational-basis analysis has actually invalidated a law, I think many of us lawyer types truly believed that it would be employed by a five (or even six) justice majority to say, in the most basic terms: “Sorry bigoted states. Your marriage laws that exclude gay couples simply have no rational basis.”

And that would have been, well, fine. You and I would have gotten the result from the ruling that we justifiably wanted, and everything would have been as expected. “Yay marriage equality,” we would all have chanted – you know, except for a few originalist thinkers on the Court.

It’s a lot better than that.

Check out a few of these lines from the majority opinion. There’s the opener:

“The Constitution promises liberty to all within its reach,
a liberty that includes certain specific rights that allow persons, within a lawful realm, to define and express their identity.”

My head exploded with joy. They’ve never said that “define and express identity” stuff before.  Try this too:

“A first premise of the Court’s relevant precedents is that
the right to personal choice regarding marriage is inherent
in the concept of individual autonomy.”

You the non-lawyer may have just read that and thought, “Yeah. Cool. Individual autonomy, man, just like the constitution says.”

Let me tell you that “the concept of individual autonomy” is not a phrase oft-found in Supreme Court jurisprudence. It's not in the constitution. In fact, I checked on my Lexismachine. It’s NEVER been used before in a U.S. Supreme Court decision. That’s never, like in ever.

And then there is this monumental boo-yah to the originalists:

“The right to marry is fundamental as a matter of history
and tradition, but rights come not from ancient sources alone.
They rise, too, from a better informed understanding of how constitutional imperatives define a liberty that remains urgent in our own era.”

Did you get all that? “Liberty” isn’t that constipated hunk of 200+-year-old goo rotting in the colons of the originalists. Rather “rights” come from somewhere else, a place that includes history, but does not exclude considerations of expanding notions of freedom From. Our. Own. Era.

That’s now, not 1789, or even the post-Civil War days of the adoption of the Fourteenth Amendment. Now.

This decision isn’t by any means the first time the Court has looked beyond “originalist” intent. But it truly is the first time that I can recall that they got themselves out of the standard trap that comes from originalist-style thinking. Yes, as I said, the majority could have done a simple, dyed-in-the-wool exegesis on “rational basis” scrutiny, found these laws did not survive that scrutiny and shot them down. Instead, they did a little thesis on liberty.

I fancy my political leanings as libertarian-ish, but the catch to the “ish” is that I’ve always cared more about personal individual autonomy (Hey! There’s that phrase again!) than economic freedoms. When the chips are down, I vote for whoever is going to stay the hell out of my bedroom. If they will also stay out of my wallet, that’s a plus, but it’s not the very first consideration for me.

So my take on individual rights has never been that they come solely from the government by way of the constitution. Rather, sure, the constitution enumerates certain rights, and then there are others, just as fundamental, that we are endowed with as a free people, for which the government had best have a mighty good reason before infringing upon. They were there before you ever got here, government, and they will be here in spite of your efforts to trample upon them.

This decision today is the first time I ever heard a majority of the U.S. Supreme Court speak in terms that sound more like my view and less like the no-fun/get-off-my-lawn/you-damn-hippies crew.

Instead of the rack and ruin predicted by Justices Scalia and the assault upon the strange and cramped definition of “liberty” used by Justice Thomas, this ruling could be the starting point for actually expanding real freedom, for recognizing a few other rights in the future -- ones that the founding fathers never heard of, but ones that are as fundamental to being a decent caring people in the modern age as the right to marry the consenting adult of one’s choice.

I’ll get pretty far off-point if I start listing ideas, but you can guess some of the main candidates for that status. Start with the right to end one’s life when terminally ill. What's more basic, decent and civilized than that, and more intertwined with the deepest considerations of individual autonomy?

We just became a potentially vastly more caring people today with a well-reasoned ruling that doesn’t fit the usual SCOTUS mold. It addresses real liberty, not “liberty” in the eyes of those who want to restrict it. We’re all a little more free.
Posted by Steve Kirsch at Friday, June 26, 2015