I put together a band recently, because, really, this is what I do. It's hard work, and often -- but not this time -- a giant freaking pain in the ass. Bands are full of real people with distinct personalities, and distinct work ethics, and those people are crammed into tight quarters and they don't always mesh together well. In fact, the last few bands have fallen rather distinctly into the category called "fun for a little while and then... not so much." But the new one seems to be -- from a musicianship/quality/enjoyment sense -- taking names and kicking ass at a heightened level. This means I have to be on my A-game behind the drums. This also means that I have been playing on my own a lot more than in the previous six months in order to stay on top of all that.

It's been spectacular. There's a cliche that goes something like: "A bad day doing ____ is still better than a good day doing something dull." And for me that blank gets filled in with either of two things: drumming or hiking.

Why those two? I've thought about that one a lot, and I think I've finally nailed it:  it's because the "success" of the activity is measured in beauty (even in art), and there is what I'll call a distinct absence of quantification.

I've talked before (e.g., here and here) about how, when I turn a fun pursuit into a numbers game, it eventually sucks the joy right out of it. And it's been a long slow slog through that lesson because I am, at my core, a pretty competitive person, most of all with myself.

But I simply can't "grade" my performance at a band practice -- or during an hour playing drums on my own, or on a hike -- with a number. Each of those things runs deeper, or maybe the word is "simpler." The beauty is in the doing, not in reaching a particular destination.

I've told you before to "enjoy the ride," but I think I am, slowly, but surely, getting a real handle on what that means. And I say the "ride," rather than the "journey" because a journey implies a destination, and if a person doesn't reach the precise goal he or she seeks, there tends to be disappointment. (The missed PR in the gym or on the track comes to mind). The "ride" is more of a rollercoaster analogy, because no one's ever disappointed at the end of an amusement-park ride because it failed to take the passengers to a particular place. The joy of that enterprise is in the getting there, not in measuring whether "there" is the precise spot you wanted to be.

So how does this realization play into other things I do for fun -- like CrossFit and heavy lifting? As I've told you here, when I first stumbled upon the notion, I'm trying to quantify my exercise experience as little as possible. Sure, I know what weight is on the bar, but I'm not tracking my performance day to day or week to week. I'm just going in and doing as well as I can on a given day. I'm lifting weights, or doing conditioning workouts, like it's a process to be enjoyed, rather than a goal-directed activity burdened with a struggle between success and failure that comes down to numbers.

And if that sounds like I am trying to approach exercise a little more like it's like drumming or hiking, then yeah. That's exactly what I am doing. In fact, I'm trying to do it with my whole life.

You know... enjoying the beauty of the ride, not obsessing over the destination. 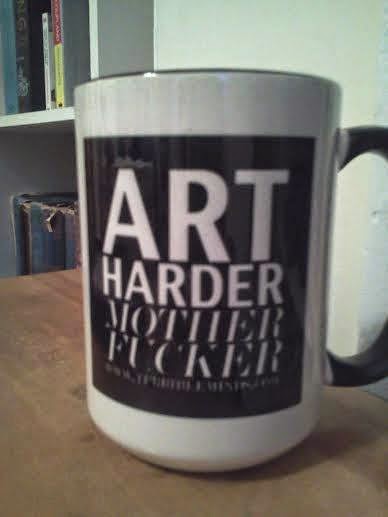