I was fortunate enough to be on a panel at Paleo FX 2014 called "Beyond Food." We were addressing a myriad of topics other than simple food choices that can affect someone's ability to optimize his or her health and happiness.

My fellow panelists and I all agreed that the Big Man (or Woman) driving the bus on all such issues is stress. We all have it in our lives. The trick is to manage it properly; it'll never be eliminated. The modern world is insane, and, even when doing your best to minimize their effects, our stressors are still ever-present and nearly completely different -- and of a much more enduring, rather than punctuated, nature -- than Grok ever faced in the Paleolithic. The key is how you react to stress. Do you let it float on past, or does it run your life for you?

So we Beyond Food-ers discussed meditation and flotation, even just the simple act of taking a walk outside, as stress-management techniques. We hit on play as exercise, and the effect that stress has on sleep and digestion. And I recall that, as our 45 minutes or so onstage drew to a close, I had made almost every point that I wanted to….

Except one. We'll call it:

My favorite kind of vacation is the outdoor kind, specifically the hiking kind. Go somewhere beautiful and set up house in a rental. And get outside as often as possible. My very favorite place to do that is in the Eastern Sierra Nevada mountains of California. I've been there a lot over the last ten or so years with both family and friends. Each time we stay in the town of Mammoth Lakes.

When we are there, usually for a two-week blast of sunshine, fresh mountain air and hike after hike, a typical day looks like:

--Get up with the sun, or not soon after.
--Eat a glorious, huge breakfast. 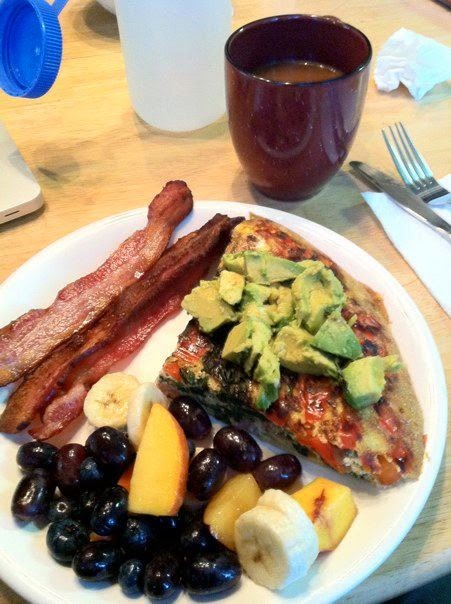 --Throw food and water into a backpack and head out the door. 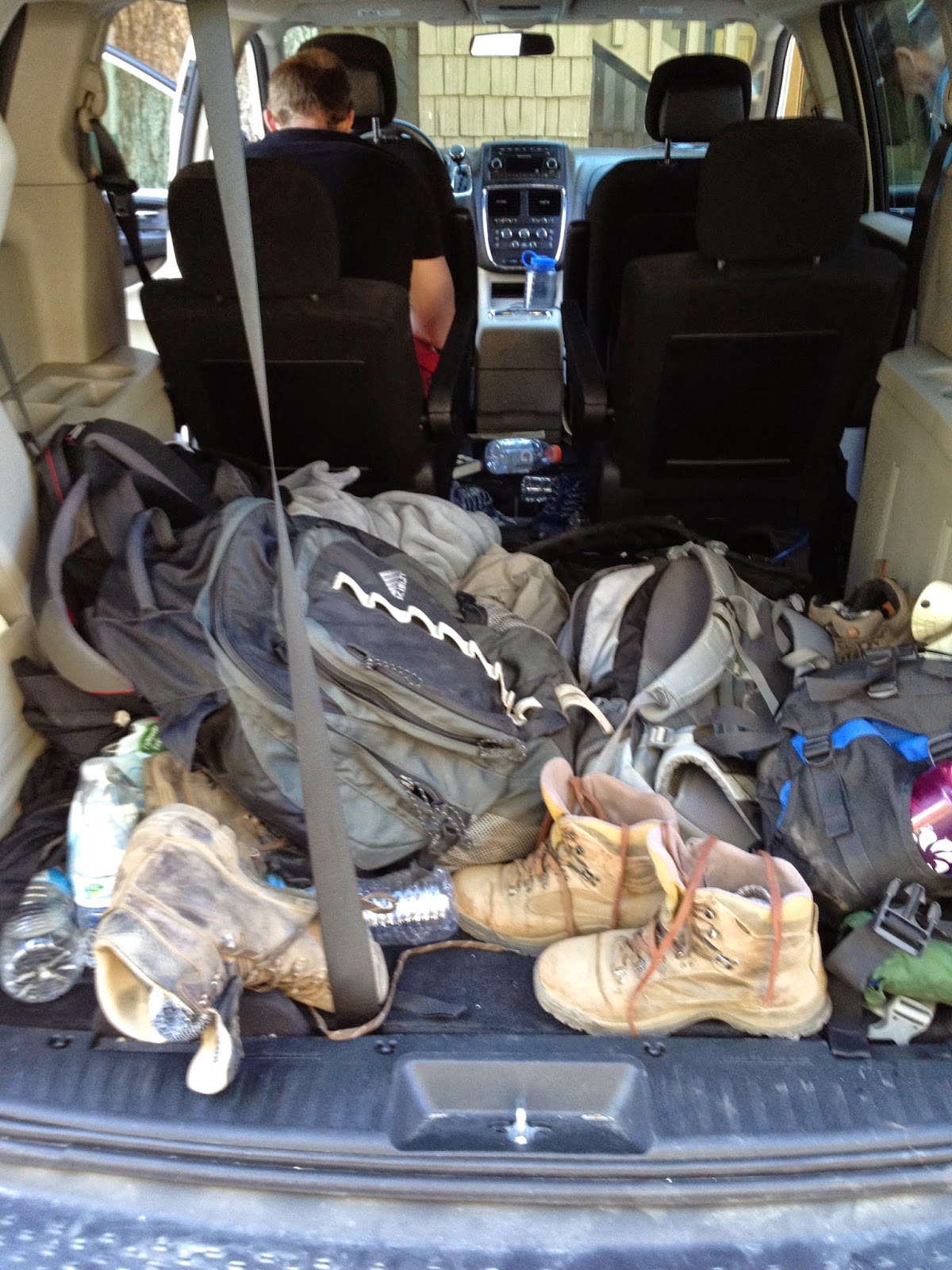 --Spend most of the day outside, hiking, on mountains that we just don't have out east. 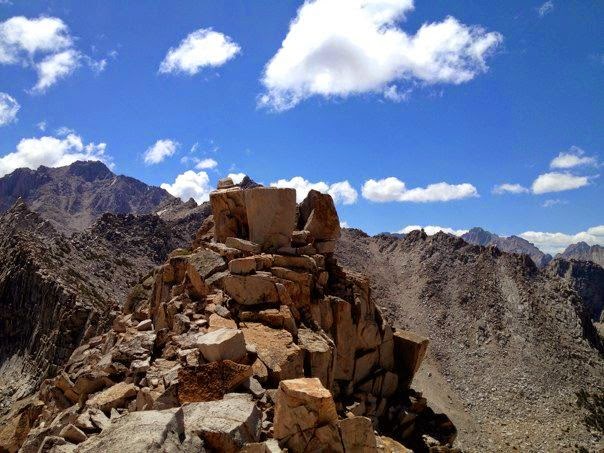 --Return "home" wonderfully exhausted and totally jazzed to do it all over again the next day (documented by "Look happier than is actually humanly possible to be" selfies). 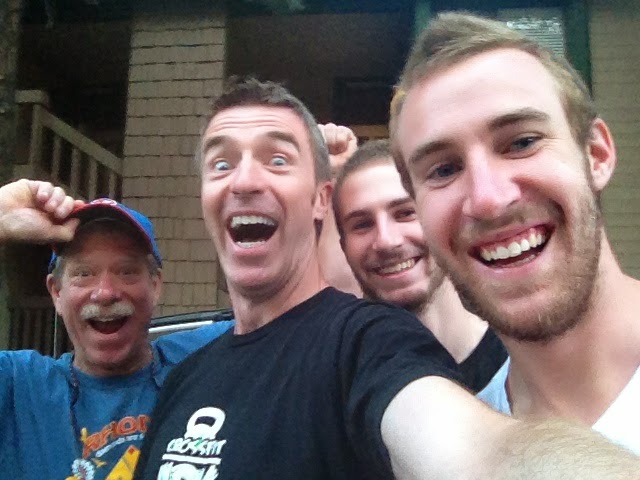 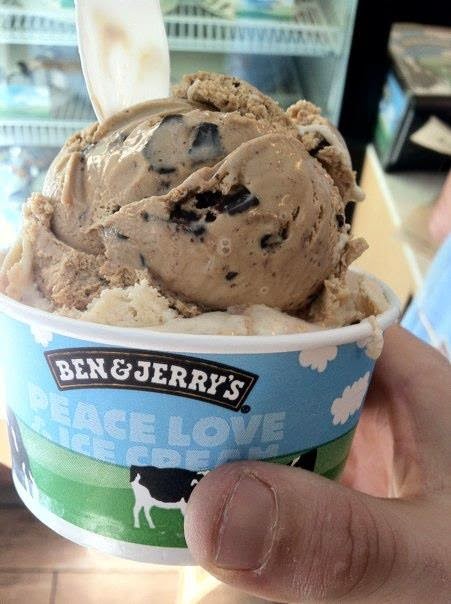 Mammoth Lakes has a Ben and Jerry's store. Invariably, at the end of almost every day in Mammoth, one of us says, "So, whadya think... Ben and Jerry's?"

The answer has never been, "No."

We eat so fucking much ice cream out there that it's ridiculous.

If as part of my everyday life at home I ate ten percent of the ice cream that I eat when we are on vacation in Mammoth Lakes, the State of New Jersey would get a court order to forcibly commit me to solitary confinement in a bathroom for life.

I really don't do very well, digestively speaking, with regular dairy. So I don't eat it regularly.

Except on a hiking vacation.

And then? I can eat it whenever I want without incident.

I have only one explanation for this demonstrable dichotomy of dairy digestion***: vacation is a stress-free existence, outside, involving tons of natural Vitamin D****.

And you may recall: the famous smart people will tell you that stress impacts digestion in a big way.

And after the famous smart people leave, I'm here to tell you that a lack of the usual stressors does exactly the opposite.

It just happened to me again, on a much smaller level, in Austin, during my absurdly happy time at Paleo FX, where I had three scoops of delicious grassfed ice cream from Lick on my last night in town and I had not a hint of a twinge of a whisper of digestive upset. After a day at work, the same three scoops would be more, er, eventful for me (and for those within, uh, range). In fact, I remember thinking, "Do I really want to do this the night before I have to sit on planes for four hours?"

Dismiss this lesson as N=1 nonsense if you wish, but let me repeat: I don't usually eat dairy, but when I am essentially living outside, mostly stress-free, on vacation, I can.

And good to know.

***I'd like to think that if life were just and fair, somewhere there would some sort of award of many many bonus points coming my way for that little piece of alliteration. But no….

****True story: Vitamin D is not actually measured in tons.