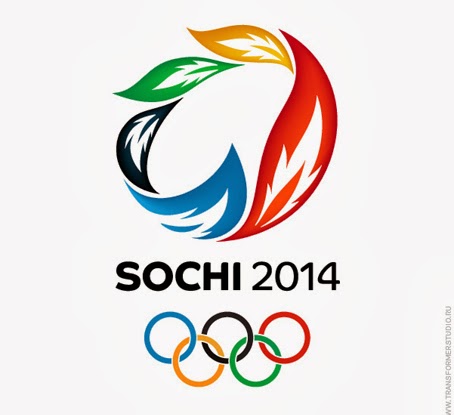 I love sports -- playing them, watching them, all of the above. But, as I've certainly made clear here previously, I get tired of the me-first attitude of so many athletes in the "big" professional sports. So I've always had a real affinity for the games where that ego-driven stuff is minimized.

Back in the pre-cable/satellite-TV days as a kid, ABC's Wide World of Sports would bring what we'll call The Weird Sports into the lives of us suburban kids. One day we'd be playing good ol' American football in the neighborhood, and the next we'd be trying to replicate something freaky like Irish hurling (by and large a poor idea, I'll have you know), that we'd seen on Wide World of Sports, or we'd stage our own decathlon, heaving sticks (javelin) and rocks (shot put), and running all over hell and back (all the other events) through the neighbors' yards.

But, with the limitations of climate (where I grew up in suburban Philadelphia just wasn't all that consistently cold), some sports were too weird even for us to try and imitate.

We called those the Winter Olympics.

God, I love the Winter Olympics. To this day, they leave me giddy with anticipation in the weeks leading up to them, and full of joy for the two weeks that they are around every four years.

The winter games are packed solid with sports that kids would invent if they: (1) lived in a very cold place, (2) owned sleds, skis, snowboards and target guns, and (3) were concerned with only one thing: unremitting fun.

They are also the last bastion of awesomely weird in the sports world.

And I realize that my perspective on this topic is shaped considerably by the fact that, as an American, it seems that only one sport that's in the winter games is regularly on television here -- men's hockey. There's may be a country where you can watch the Curling Super Bowl (I think that country is probably called Canada). Somewhere, undoubtedly, the World Series of Biathlon is big stuff, and cross-country-ski racing is all the rage, but not here.

Here are the sports being contested at the Sochi games:

Take alpine skiing and men's hockey off the list, for the moment. They are great sports, and in the case of NHL hockey, it's truly one of my favorites, but the American Olympic competitors in those sports are pros who are generally not scraping by on ramen noodles. (And take figure skating off the list because… I hate it, and I'm sure that's my fault and not theirs, but blech…).

What's left, from an American perspective, is a complete freak scene. A glorious, wonderful I-just-want-to-hang-out-with-them-all freak scene, full of wacky sports with athletes who have to balance hardcore training with scraping together enough in the way of sponsorships that, if they are lucky, they don't have to work 9-to-5 day jobs while doing that training. It's also seemingly loaded with folks who are in this thing for the simple reason that they love it.

I'm a sucker for a great back-story, and, just as I enjoy a band more when I not only dig their music, but think they are great people as well, I want to really like an athlete as a person. The Winter Olympics are as full of great human-interest back-stories and wonderful people as they are loaded with mindbending thrill rides.

Where else would the guy who was about to win the gold medal in slopestyle snowboarding tweet: "Whoa how random is this[?] I made finals at the Olympics!!" And judging by the reaction of his fellow competitors, they all were "stoked" for Sage Kotsenburg, not self-absorbed in their own losses. In the women's halfpipe, you could watch Kaitlyn Farrington, in her first games, have to ride all day, because she missed the easy ticket to the finals, and then turn around and tenaciously win the gold medal over vets like Torah Bright, Kelly Clark and Hannah Teter -- all while the four of them looked like they were just there to have a good time.

And then there's Bode Miller. I used to think of him years ago as a bit of a brash, cocky skier who maybe needed to tone down his ego. Now he's the quiet, reserved, 36-year-old bronze medalist in super-G who was skiing with the heavy burden of the memory of his recently-deceased brother. It was amazing to watch him overcome all of that with patience, reserve and grace. He was pure class.

And mine wasn't the only heart that was breaking for John Daly, the 28-year-old slider whose skeleton sled popped out of the groove just into the start of what might have been his bronze medal run -- a sadness mitigated only by the fact that it cleared the way for his teammate, Matt Antoine, to hold onto that bronze.

The stories go on and on. Every day I run into another one that moves me to pay a little extra attention to an event and to one or more of the competitors.

But if one Olympic athlete's saga has stood out just a little more than the others, it's been the tale of 29-year-old skeleton athlete Katie Uhlaender. Last Thursday, I just happened to be tuning in when the women were taking their first of two skeleton runs that morning. Skeleton is a crazy sport to begin with. It's essentially headfirst luge -- something I saw way back when on Wide World of Sports at the old Cresta run in St. Moritz -- precisely the sort of controlled/chaotic blend that attracts me to the winter games in the first place. (In the early 1980s, I was so intrigued by luge that I almost went to a luge training camp… really. And my crappy car at the time was the only thing that stopped me, but I digress...).  I heard Katie Uhlaender's name announced, and, as NBC started one of those "up close and personal" video histories of her, I realized why her last name sounded so incredibly familiar. Her dad, Ted, played on the 1972 Cincinnati Reds. I was a kid back then, but I remember it well: that Big Red Machine team was a legend, and the '72 league-championship series with the Pirates was a down-to-the-last-game nail-biter. Ted Uhlaender's daughter, sporting a glorious shock of red hair, and a determined look, was about to make her first skeleton run of the 2014 games.

Well, I quickly learned from NBC how deep-seated her determination was. It turns out that Ted Uhlaender died of cancer in 2009, and Katie took his death hard -- really hard. After a sixth-place finish in Turin in 2006, she was hoping for great things at Vancouver in 2010, but Ted's death wrecked her, and she had a disappointing finish in those games. Thereafter, there were successes -- a couple of world cup championships -- but also a concussion just this past October. Slowly, Katie Uhlaender got it all together again, with the help of people as diverse as Picabo Street and Charlie Manuel (and really, if there's a better, more decent human being in baseball than Charlie, I haven't heard of him, but that's another digression as well.). She even took over the operations at Ted's farm, a 700+-acre spread in northwestern Kansas that Katie once professed she just didn't understand, but now it was home, and a place to rekindle all the good thoughts about her dad. As of Thursday morning, Katie Uhlaender stood on the brink of a serious punk-rock/hell-yeah/phoenix-from-the-ashes comeback, and, just barely into the NBC video of her struggles, I was completely hooked on the whole damn story -- zero-to-60 mph fandom in about three seconds. "Go!!!!!" I yelled at the TV on her first run. And then, by the time run #2 had ended, she was in fourth place, poised on the edge of a bronze-medal-winning position. Nice.

I noted that the final two runs were the next day, checked out when they'd be aired, and made plans to watch. I even did a little more research on the subject of my my newfound fandom -- reading some stuff about her dad that took me right back to my baseball-heavy childhood, noticing a pic of Katie Uhlaender on her Twitter feed in a squat rack with 300 pounds on her back, and soon learning that she is an aspiring weightlifter, hoping to make the 2016 U.S. team for the Rio Summer Olympics. (Yes, really. I thought the same thing: "Are you kidding me? She's a weightlifter too?!")

I would love to tell you about the amazing happy ending in Sochi, about how Katie Uhlaender shed every last bit of both the doldrums of 2009 and her concussion of 2013, and won an Olympic medal. Instead, it all came down to being on the wrong side of 0.04 seconds. Despite having her best run of the competition on the fourth and final slide, and her main opponent, Elena Nikitina, having an awful last run, Uhlaender nevertheless was bested by Nikitina for the bronze medal -- by 0.04 seconds.

0.04 seconds is less than time than you can consciously do anything. Losing by that little is truly the harsh randomness of the universe slapping you upside the head. And this is where my admiration for this woman, and her amazing back-story, just got greater. She could have acted like she got robbed, like there was funny business going on with the timing, like all the spoiled-brat "professional"athletes of our day might. Instead, she was sad -- who wouldn't be? -- but her grace in defeat, which changed after not very long to talk of the next winter games, in Korea in 2018, was inspiring. She was on television in the ensuing days with her silver-medal-winning teammate Noelle Pikus-Pace, and there wasn't a hint of envy in Katie Uhlaender's voice, just praise for her friend (who had another of the many great back-stories at these games as well), and the determination to get even better results in the future.

And what you could hear in Katie Uhlaender's responses in all those post-race interviews was an unstated truth: Sad stuff happens, but life eventually goes on. Judging by the way she's handled adversity so far these last few years, I think Korea 2018's going to be epic for Katie Uhlaender.**

I already know it's going to be epic for me, because, man... I love the Winter Olympics. More amazing back-stories, please?

**Seriously, with her work ethic, she could overcome the considerable hurdles to make the summer games in Rio as a weightlifter. I've seen the American Weightlifting movie that Greg Everett released last year. (And so should you, by the way). Making the Olympics is a long hard slog in that sport, but Katie Uhlaender has that inner strength that's needed to make a good run at it. (And if not, good lord, she'd be a good CrossFit Games athlete once Korea 2018 is over…. )


Visit NBCNews.com for breaking news, world news, and news about the economy