ApoE, lipids and alcohol, or: "How I learned to stop worrying and love the [Jager] bomb"** 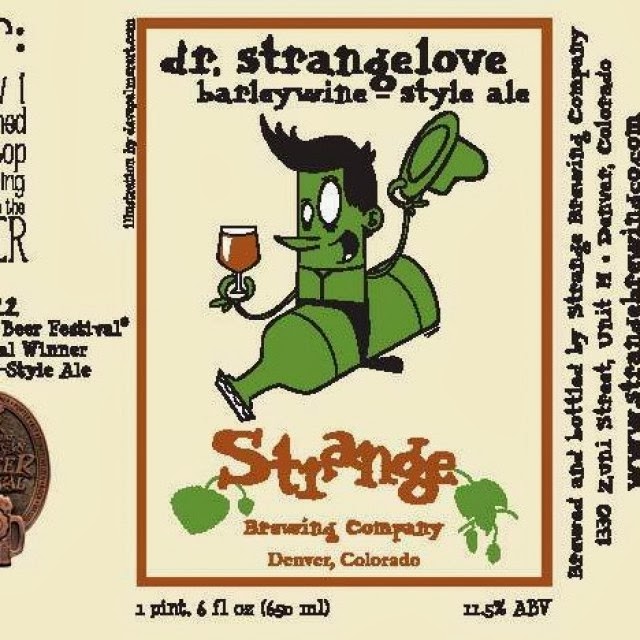 Ten days ago, I lost my mind just a little bit.

The loss was, as always, temporary, but, as my wife can most assuredly tell you, this time was a little worse than "usual."

As I have told you plenty of times previously, I started going to a paleo doctor last summer. He runs super-extensive NMR (nuclear magnetic resonance) blood testing that not only gives readings for lipids in measurements that aren't found in your "typical" bloodwork, but also provides results on inflammation markers and informs the patient about his or her genotype in some critical areas.

Last August, my NMR bloodwork showed zero inflammation, high HDL and low triglycerides -- all great. But it also showed an LDL-P (LDL particle number) that was higher than optimal. The paleo doc wasn't terribly concerned. But he suggested low-dose fish oil and some Vitamin D supplementation because my D was a little low and my Omega-6/Omega-3 ratio was about 3.5/1.

Off I went with those recommendations, and a couple of minor dietary tweaks, but nothing significant.

In late January, I got retested to see what the new results would be. There was a lot to like: HDL is even higher (whoo!). Triglycerides are the same (whoo! again). Vitamin D levels were up 50% (in the winter!) and the O-6/O-3 ratio was down under 2.4/1 (awesome).

But, especially when it comes to my own health, I could find the dark cloud of doom in a sky otherwise full of lollipops and sunshine. While I was happy with the good results, something else caught my attention: every single measurement of LDL cholesterol was up 40%.

Forty fucking percent. From "kinda high" to what I consider "astronomical."

LDL-P, LDL-C, small dense LDL…. Whatever I looked at, my various LDL numbers screamed to me: "Son, you gonna die soon. Probably later this afternoon."

But, in a moderately successful (my wife might say "barely successful") effort not to spazz out completely, I started scouring my brain for possible reasons for the bad increase. Logic told me that it had to be something that I had either added to my diet, or had taken away. Added? Vitamin D? No. That wouldn't do it. Fish oil? I used to take five times*** the amount of fish oil that I take now and it didn't raise my LDL a point. Had I taken something away completely?

"Ohhhhhhhhh... wait," my weary, stressed brain said, "What about alcohol? Can removing alcohol from your diet completely actually increase your LDL?"

As any regular reader of this blog knows, last August -- just barely before my previous bloodwork -- I quit drinking alcohol. It wasn't for reasons related to addiction. I just noticed that my gym performance, and, to a lesser degree, my mood and general outlook were a little rosier when ethanol was gone from my life. So, during the entire time between bloodwork #1 and #2, I hadn't been drinking at all****.

So off I went to Dr. Google…. What I found blew my mind. We'll divide it into two parts:

Apolipoprotein E (ApoE) helps to regulate how the body deals with cholesterol, particularly triglycerides and LDL. There is a genetic test for ApoE that is part of my paleo doc's bloodwork panel that he orders. Indeed, there are a number of genetic tests performed as part of that bloodwork. In fact, astute readers may recall a rather extensive discussion here about the MTHFR gene based on that very testing. But I hadn't paid attention to the ApoE results previously.

2. THE IMPORTANT STUFF THAT FOLLOWS THE SCIENCE-Y PART

It appears that a rather significant, well-regarded study (the Framingham Offspring Study) found the following regarding ApoE:

--ApoE 3 people (3/3) see no positive or negative effects on LDL cholesterol from drinking or abstaining.

--ApoE 4 people (3/4 or 4/4) increase their LDL by drinking alcohol. They probably shouldn't drink.

(And you really smart folks have, again, figured out that I omitted discussion of one type of ApoE: a 2/4. The study didn't cover them. They are, again, super-rare. So, again, put a sock in it).

The bottom line? After clearing it with the paleo doc*****, I am, as a proud ten-percenter ApoE-2 person, conducting a one-variable science experiment from now through retesting in May: one alcoholic beverage a day (either five ounces of red wine or a shot of whisky or tequila). If the Framingham study is right, my LDL should plunge quite a bit.

This does not mean that alcohol is health food, even for ApoE-2 folks (me!). I have been back to the sauce -- mostly red wine******because I'm finding whisky on a daily basis really drags me down -- for a week now and my lifting/gym numbers already have taken a hit. If I were trying to do something earthshattering in the world of CrossFit competition, I would have to choose between abstaining from alcohol for the clear athletic-performance benefit or drinking it to lower my LDL cholesterol from its current mega-levels. But that is an easy choice for me. I am always more about health and longevity than I am about athletic awesomeness. I will opt for what I hope is still pretty decently strong at a few lifts, and heart-healthy. Remember, on this one I happen to have "won" the genetic lottery. I am part of a rare ten percent that appear to get a positive effect from alcohol on my blood lipids. And yet, I am going to have to be very careful about keeping to the one/day limit, or else risk all sorts of mood/sleep/etc. issues. I really wasn't kidding a few months back when I said I was digging the clean feeling of no alcohol. Now I have to see how it goes walking what is almost an an oddly tighter line.

Also, remember, if you are an ApoE-2, but you already know that you have addiction issues, I am not telling you to ditch the meetings and do a high-dive off the sobriety wagon. There are likely more important concerns to you than lipid levels in your bloodstream.

The real lesson here seems to be that this genetic-testing stuff is The Bomb. (People don't actually say that anymore, do they?) Imagine… you could go here or here and make an appointment with a paleo doc, and learn all sorts of predispositions that you may have to bad health*******, and, most importantly, learn dietary strategies for addressing those issues. If it sounds like I am telling you that you could personalize your food intake via genetic testing, yeah, that's exactly what I am telling you. I mean -- for the love of all that is good and right, man -- I took a big step and quit drinking six months ago because I thought it was a healthy thing to do, and now it seems that maybe it was a really awful idea. For me. Because… genetics.

You might want to learn about your own version of those genetics.

More on all this in May when the retesting happens.

Oh, ironic universe, you rarely cease to confuse and potentially amaze me….


** Under no circumstances, should you think that I am actually drinking Jagermeister/RedBull bombs. As with the photo that begins this post, the Dr. Strangelove reference was simply too much to resist….

***Back in 2010 when I started paleo, the going recommendation regarding fish-oil supplementation from both Robb Wolf and Whole 9 was really high, and I followed it. Later (sometime in 2012) I ditched taking it entirely, and then last summer I began two pills per day, about six-eight pills fewer per day than I was taking in 2010.

****Two tiny exceptions: 4 ounces (yes, not much) of hard cider on my wedding anniversary in October, and, on Christmas night, one shot of Laphroaig 18 Scotch whisky that my father-in-law really wanted me to try. Otherwise? None.

*****By the way, I should note that my doc shared none of my feelings of doom and gloom about my LDL numbers. He would like to see them improve, and he is signed on to the drink-a-day plan because of the Framingham study and my ApoE-2 status, but he thought, as do I in my less-freaked-out moments, that the most important issue is inflammation, and I have none of any significance.

******The presence of the ale label in the photo that begins this post should not be seen as an endorsement for drinking beer. One word: gluten. Don't do that. Wine, cider, spirits? Yes. Beer (other than the rare gluten-free one)? I can't get onboard with that. Sorry.

*******Indeed, if you were to read this article, you would find out that ApoE affects a hell of a lot more than blood lipids. For instance, ApoE-2 people really have to watch their carb intake or they run the risk of high triglycerides and diabetes. I don't currently have those problems. Low-carb paleo saves my ass on that. ApoE-4 folks are at greater risk for Alzheimer's. Knowing your variation could give you all sorts of other information about your likelihood of Alzheimer's, diabetes and other diseases. Wouldn't you like to know that?