An ode to the old 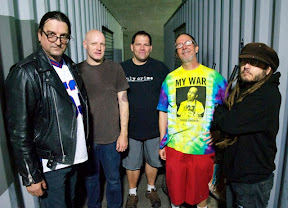 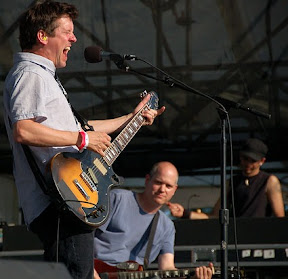 I try to pick my gig-going carefully. Call it old age. Call it crankiness. Call it whatever you want, I really fucking hate mediocrity in music. And a mediocre live performance is especially inexcusable. While I suppose seeing a meh show at age 25 was nothing to celebrate, nowadays, another 25 years beyond that, I view it as a particularly ridiculous waste of my time.

So I pick and I choose, and I reject concerts that might very well still be good, in search of damn-near perfection.

Which brings us to yesterday, when I cast aside my skepticism and bought tickets to see two shows -- Flag and Superchunk-- in Philly within a few days of one another in September. Why? Because I know that both bands will absolutely kill it.

Superchunk.... I loved them in the early/mid '90s, kinda drifted away from them, and now am committed to finally (finally!) seeing them live oh-these-many years later. They will deliver in spades, not because I think so, but, rather, because my buddy Lance says so. Although, sadly, bassist Laura Ballance won't be along for the ride. But I have no doubt that it'll still be like this.

Flag is a Black Flag supergroup of sorts -- four former members, two of 'em trading vocals, along with Stephen Egerton of the Descendents on guitar, playing Black Flag stuff from across that band's catalog. I saw Keith Morris about ten years ago when Henry Rollins had him sing the first eight or so songs of an incendiary set of Black Flag songs performed by the Rollins Band in a charity benefit tour. He was on fire, as were Rollins and the rest of the band. I already know, based on my Descendents uber-fandom and general drummer dorkdom, that Bill Stevenson is one of my very favorite drummers, and that Stephen can fill the Greg Ginn guitar slot admirably. Chuck Dukowski has always been a monster bass player, more punk than you, and Dez Cadena? Yeah, he can stay too, because having two punk shouters is better than one, and a little extra guitar roar will be just fine, thanks.

The 'chunk will be touring a new album, so that gig won't be just an exercise in pogoing/slamming nostalgia, but the Flag show will be nothing but. And I am good with that. If a band can deliver like I expect them to, as evidenced by this and this, then I am just fine with an absence of new material.

Yeah, some of 'em (Flag) look like the ravages of time have taken more of a toll than on others (Superchunk). But for a couple nights in Philly in September, none of that will matter. The old folks will deliver. Let's go.