"And the worms ate into his brain...." (Serrapeptase as a dietary supplement) 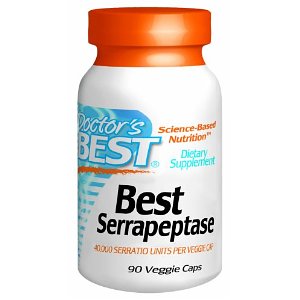 As I have mentioned a few thousand times, I had elbow surgery a little over three months ago. Recovery is good, but it isn't perfect. So I look for every little edge, whether it is from some sort of anti-inflammatory angle, or from a mobility point of view.

And then I read this article by the Bulletproof Executive guys, and the last part of it addressed something very interesting, a supplement called serrapeptase.

Here's what they said: "Serrapeptase is an enzyme supplement created by the silkworm. It’s a protein-dissolving pill you can take on an empty stomach. It fights strokes and thins the blood, but most people don’t know it dissolves scar tissue throughout the body, including muscle adhesions. I’ve been taking 3 normal sized caps from a variety of manufacturers for a decade with great results."

It turns out that a little more research taught me a few more things about serrapeptase: it also is a strong anti-inflammatory, more commonly used in Europe and Japan; it dissolves arterial plaque; it doesn't seem to have the side effects of other NSAIDs like ibuprofen; it's the enzyme the silkworm uses to dissolve its cocoon, and it works in the human body to dissolve dead tissue, like scar tissue, y'know... the stuff I have a lot of in my elbow. I also learned that stomach acid destroys it, so it is best to get an enteric-coated version that can make it intact to the small intestine where it can be properly absorbed.

So I started contacting some of my Super Smart Nutrition Internet Pals (SSNIP) to see what they knew about evil/nasty side effects as well as effectiveness of this supplement.

The SSNIP crew much knew nothing about it. I am flying solo in Weirdville on this one.

When I told them what I knew about it, two of them seemed to think it was worth any small risk, and the third wasn't so sure. He warned me to back off if there was any kind of "heavy immunological reaction" from putting biological material from another creature inside my body -- a fair point.

So.... I am only a few days into a regimen where I take a 40,000 i.u. pill in the a.m. and one in the p.m. They need to be taken on a empty stomach. I may try to work a third pill in, but I am starting slow. So far, I haven't noticed anything dramatic, certainly no heavy-duty *anything*. I *do* notice a reduction in achy kinds of pain in the surgery elbow, however. Placebo effect? Maybe, but who cares? It hurts less. That's good. So far, I am wishing that I started this routine immediately after surgery, but better late than never.

- Posted using BlogPress from my iPad
Posted by Steve Kirsch at Wednesday, July 18, 2012