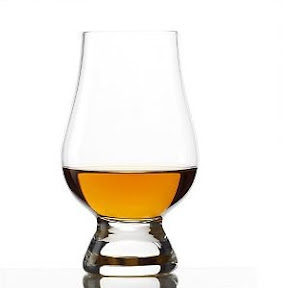 I didn't really plan on talking about (the paleo- or non-paleo-ness of) alcohol again, but I was at CrossFit tonight and a member who I hadn't seen in a long while asked me: (1) if I had done the recent paleo challenge at our gym (answer: no, because I eat this way all the time; plus, you may recall that paleo challenges are (sometimes) dumb); (2) whether I was the guy with the blog (er, yes, and she did not begin running away, so I guess that is a good thing?); and (3) whether I was still *not* drinking alcohol.

Hmmm, so I figured I would update you all on that last topic, because we all seem to love our drinks very very much. Me too.

Having spent almost all of the last three months alcohol-free, the deal seems to be this: I am not anxious to start *regular* drinking ever again. It messes with my sleep, my insulin regulation, my gym performance, and every other aspect of my life. Other than obvious deliciousness, especially in the single-malt-whisky department, there is no positive, it seems, only negative. The difference is not necessarily dramatic, but the effect of booze on me is insidious. It gently fucks with all the above and clearly does so cumulatively. And if it gets cumulative enough, its effect *can* be more dramatic -- return of Raynaud's symptoms, etc. -- and not all that gentle.

Again, I don't care what you do. This isn't a speech and certainly isn't a morality lesson, but the regular ingestion of booze just ain't a positive for me. I have had exactly four drinks over the past three months. Two were on March 23 at a bar -- a pair of awful, sweet, shitty margaritas (yeah, I got a second. Why? I have no idea) -- and the other two were a couple glasses of some pretty spectacular Amontillado sherry that our server at a Philly Spanish restaurant recommended as perfect to go with the many plates of meaty goodness that we got at my wife's birthday dinner earlier this week.

Both times, I felt pretty far into the "off" category the next day -- sluggish, a little grumpy, definitely not starring in anything at CrossFit other than The Unabridged Story of Suck.

So here is where I am with this stuff: the key word is "regular." Alcohol for me is like .... chocolate cake. I will still have it every now and then, but not often, and when I do, every freaking time, I will have to calculate the ratio of deliciousness to next-day-crapwichiness and make that call on the fly. I am stronger, faster, sharper, more productive, nicer, less crabby, and generally more awesome when I don't drink.

So yeah, not drinking is, for me, just another part of effective paleo/primal eating. Do it right, and I feel better. Mess it up in a shortsighted moment of "ooh, shiny" and I will invariably be on the low road for a bit.