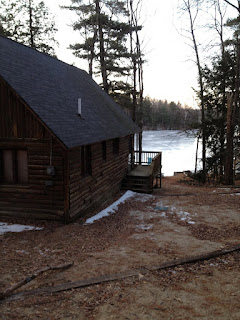 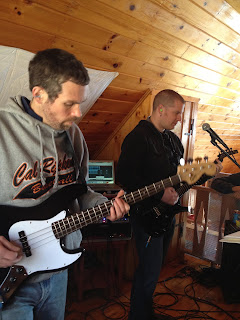 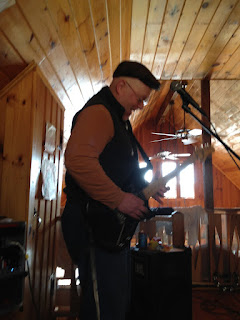 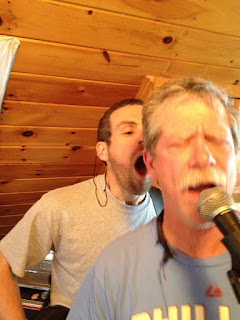 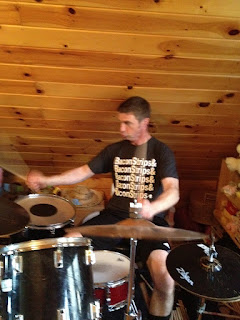 I have told you before about the wonders of "band camp." To review... for the last 25 years, a group of us, mostly musicians, have headed to the woods of either Maine or New Hampshire to hang out and rock out for a long weekend. Conveniently, we have bass, guitar and drums covered, and we rotate the vocals around because none of us sing well enough to claim the role of lead singer to the exclusion of everyone else. But for our 25th year -- to a NH cabin -- a few things have changed.

Beer -- or at least the mass consumption of it -- has given way, thanks to the combined effects of paleo eating and a bit of age, to the more primal-friendly (no gluten) whisky (single malt) or whiskey (bourbon). And thanks to a new member of the tribe, the vocals have gotten better to a degree that we have mostly handed them off to the newcomer so the rest of us can hunker down and rock. And, again thanks to the paleo/primal angle, the pre-trip planning includes making sure we have enough crockpots along to keep us on a steady diet of carnivorous goodness.

This year's playlist of covers has things on it that we never would have attempted in prior years: things with "real" vocals like the Hoodoo Gurus, Big Dipper, Screaming Trees and Face to Face, along with some shouters like Fugazi and Mudhoney (although a credible case could be made that Mark Arm is "singing" a lot more than he is shouting). But, fear not... we will still get 61-year-old Willie all liquored up for at least one bluesy belter; we have our eyes on Joe Cocker's amped-up take on "The Letter" this time around for that trip into late-night good times. Last year's combo of "Voodoo Chile (Slight Return" (Hendrix) and "I Am Right" (Dictators) was a Willie vocal take for the record books.

With any luck, during the day we will get in some quality hikes through the snow (if there is any), maybe even a stomp on a frozen lake (if it's really frozen), or, better yet, a game or two of frozen-pond whiffle ball. With more luck, the power will stay on the whole time, as will the hot water and the heat. Hey, we used to do this trip in November in a (fucking) cold cabin in Maine with no heat except a fireplace and not a drop of running water. We grew out of that.

Or maybe we have gotten soft. I prefer to think of it as "improved and even more awesome." Every minute we are not spending crouched behind a tree taking a dump in the woods or continually restocking the woodpile, we have to become the best cover band you never will hear. Yeah, this weekend rules. Bring on the whisky, the meat and the punk rock.
Posted by Steve Kirsch at Tuesday, January 31, 2012