The big decisions, fear and regret

My wife and I live in New Jersey, in a nice location that we both like. We have friends that we love and jobs that we enjoy. We do volunteer work that makes us happy and is very fulfilling.

But we're sick of New Jersey weather -- and traffic, but mostly it's the weather. The summertime  heat and humidity is insane, and seemingly getting worse. It's becoming spring and fall heat and humidity, and it's preventing us from doing all the fun outdoor things we like to do. I feel like we live in Florida -- albeit without Florida Man, but still... Florida. Fuck. Florida is one of five states that I have never visited and it's the only one I don't want to visit.

Plus, last year we got enchanted with a whole other place: Bend, Oregon. Bend is a high-desert town on the eastern edge of the Cascade mountains. Most of what you think of as "shitty, gloomy Portland rain" falls on the western side of said mountains. The eastern side is relatively dry. Unlike Portland -- where, literally, the suicide rate is higher because of the weather -- Bend gets a lot of days of sunshine per year (they will tell you 300, which strikes me as a bit hyperbolic, but, still, it's pretty great whatever the real number is). Bend is just big enough to have a lot going on, and still small enough that it's not overrun. It's one of those magical freaking locations where you really can be at Whole Foods one minute, or drinking a delicious whiskey in a delicious-whiskey bar, or eating at a hipster restaurant that would make Philly proud, and hiking a mountain fifteen minutes later. (Not that I advise hiking after whiskey consumption). It has all the standard conveniences of Everywheretown, America -- you know Costco, etc. -- but with nature right next door, and all around. Did I mention the weather is awesome? Did I mention the humidity is low? Did I mention how completely fucking sick of humidity I am? Oh yeah, and even on the uber-practical end of things, the housing prices are similar to where we live now; it'd be close to a swap situation, monetarily.

But Oregon is a long way away from New Jersey. We don't know anyone near Bend. Moving there requires a leap of faith in our ability -- at about age 60 when I think we'd make the retirement-based jump -- to make new friends in a very new place.

Moving so far away scares the crap out of me (perhaps unreasonably) from a loneliness perspective. However, my wife and I are pretty social creatures, prone to volunteering and joining fun activities and groups. So we really ought to be good. There'll just be a weird transition when we will be leaning on each other pretty hard when we first arrive in town.

But when I really think about it, assuming that we are both in good health five or six years from now (when this plan would be taking effect), just living out our days in this flat humidity-choked rain forest of a mid-Atlantic state is the most depressing thought of all. There's also something that the Butthole Surfers taught us years ago: "It's better to regret something you have done than to regret something you haven't done." (Yeah, I know... it's not always true, but work with me here).

And believe me when I say that I am haunted by the fact that either form of regret is possible. But there's a difference: if we don't make the move, the "haven't done" one will always be there, like a nagging finger poking me in the side until I die that says, "You know you love the mountain west. What the fuck are you doing staying out east your WHOLE FREAKING LIFE?" On the other hand the "something you have done" regret? If this is a good move, it may never show up at all.

If this were anyone else facing this type of question, I know what my advice would be. Now all I have to do is follow it myself.

I just watched Usain Bolt win the Olympic 200m so easily that it looked effortless. That 20 seconds or so raises a simple question: if you're really good at what you do, how in the world do you know when it's time to quit? 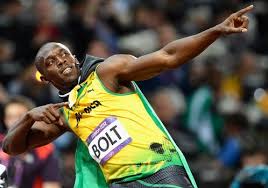 Posted by Steve Kirsch at Thursday, August 18, 2016 No comments:

I have a recurring thought these days:

My 54-year-old self cannot deny that alcohol is not generally a positive in my life if I drink more than a couple drinks a week.

It makes maintaining body comp, even if fat loss isn't a priority (for me it's not; I'm pretty lean), extremely difficult.

It fucks with my sleep, in subtle ways -- e.g., I never get up to pee in the middle of the night, unless I've had alcohol; if I've had even one drink, I get up to pee. Every. Fucking. Time.

It crushes testosterone levels, which isn't just about sex. It has effects on all the above too.

It is estrogenic as hell -- which is a lot like: "It crushes testosterone levels."

I just don't look as good naked if I have a drink most days.

Bottom line? Wow, is it clear to me that if I want to feel and look my best,  I should make alcohol an occasional treat rather than a frequent part of the program.

I'm not about to quit entirely. I enjoy occasional social drinking. So I'll do that. Occasionally. Emphasis on occasionally.

(And, for what it's worth, it's actually more of an exercise in willpower for me to have just like two drinks a week, which is what I have been doing lately, than it is just to quit entirely, because if alcohol is at least a possibility in my head, then it is a possibility every day -- if that makes sense -- which means I have to actively say, "No," most days. That's not a huge deal, but contrast booze to, say, bread, which is so far off the table as a regular food item for me that I never get home from work and think, "Hmmm, maybe a little bread?")

This seems like a spectacularly easy -- and sensible -- call. 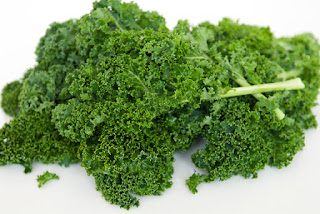 I'm standing here in my kitchen at 7:30 a.m. separating the good, leafy bits of kale from the not-so-delicious stalky bits.

It's kind of a pain in the ass.

Lots of things are a pain in the ass.

Most of what's worth doing is, in fact, at some point, a pain in the ass.

But later today, when I get home from a late-afternoon trip to the gym, after I spend eight-ish hours doing the day job from a laptop at my kitchen counter -- because I am lucky and have a lot of freedom about where my ass happens to be planted while doing said day job -- after a big pot of grassfed ground beef, spices and kale slow-cooked on my stove for four hours this morning, leaving us with a goddamn delicious dinner that was, get this, cooking while I did other productive shit, I'm not even going to remember that 15-20 minutes that it took to tear up all that kale. The "pain in the ass" portion of the morning will have long ceded ground to the "fuck yeah, food is totally prepared and that was easy" part of the day.

There are all sorts of life metaphors in there waiting to be learn-i-fied. I swear.