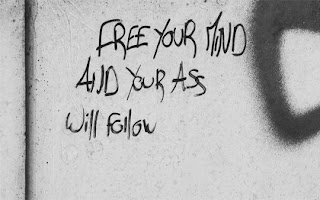 Hey there, it's that time of year again -- you know: when otherwise rational people lose their shit over the holidays.

So I figured that maybe, just maybe, it's time to resurrect the 30-day meditation challenge.

We've done this before.

More than once, as a matter of fact.

A lot of people have really dug it -- so much that they have been moved to commit philosophy (or at least prose) about it -- like her, and her and him.

The deal is simple: starting December 1 -- sooner if you want, later if you want (this isn't a competition) -- meditate for fifteen minutes every day. Every day.

There are lots of ways to meditate. The only one of those that I know anything about is this way. It's pretty simple. I believe the Buddha himself once endorsed it as "totally fucking simple." But then again, he also said, "Don't believe every quote that's attributed to me," so you'll have to sort your way through all that. You could also choose to do it any of a myriad of other ways -- with your eyes closed, chanting, surrounded by fluffy ducklings, etc. Whatever works. The Buddha said that too.

The goal is simple: to try to empty your mind for that 15 minutes.

Note the use of the word "try." As I have attempted to convince you so many times that if you searched the word "meditation" on this blog, you'd find yourself overwhelmed by my blahblahblah about Zen, it's the "trying" that matters, not the actual emptying. Find that thing to focus on -- breathing patterns, a spot on the wall, whatever (dude) -- and focus on it to the exclusion of all else.

What I mean is... that first day, it won't "work." (Note the quotes). You'll get really frustrated. A couple seconds into it, you'll think: "This is the stupidest damn thing I have ever tried and if I ever meet that drummer guy I will wring his fucking neck."

But if you are smart about it, you'll keep trying. Every day. For 30 days. Somewhere around maybe the tenth day, when you've actually occasionally gotten an "empty" five seconds or so in your mind -- five seconds when the swarming nest of bees that is your typical thought process actually shuts down and gives you some space to live -- you'll realize that that little bit of emptiness didn't happen as some sort of cosmic fucking accident. Nope: you made it happen. You had a thought -- or maybe 5000 thoughts -- arise and you dismissed every single one of them, until there were none left.

And then you learn how to stretch that five seconds to maybe six, or even seven.

And then, if you're one of those people that often can't shut off his or her brain at 3 a.m. when you wake up and can't get back to sleep, you'll start using that emptying technique -- that dismissiveness of sorts that you've taught yourself -- to actually get a good night's sleep.

And your whole life might change. Because now you're sleeping better.

Or maybe your stressed-out stomach will give you a break. Your acid reflux might take a hiatus.

And then after a while, if you are a dumbass like me, you'll slack off because things are pretty cool. And then around and around we go....

Fifteen minutes a day. For 30 days. It might do so much to de-stress your holiday season that you'll want to hug me instead of wringing my neck. Or not.

It all starts Tuesday December 1. Daily annoyances/reminders/encouragements will be posted on my Facebook page.


Posted by Steve Kirsch at Saturday, November 28, 2015 No comments: 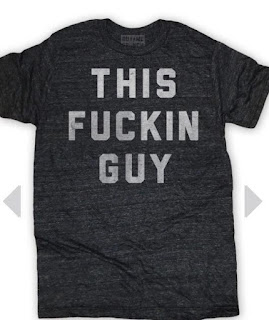 
Posted by Steve Kirsch at Wednesday, November 18, 2015 No comments: 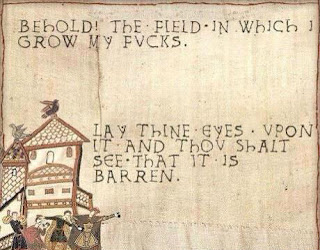 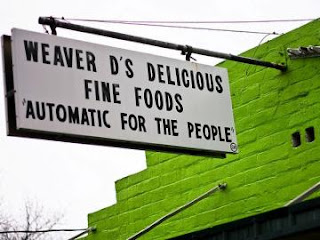 Posted by Steve Kirsch at Sunday, November 08, 2015 No comments: