In the Age of Awesome, the troglodytes really stick out, or: Why I'm never flying US Air again 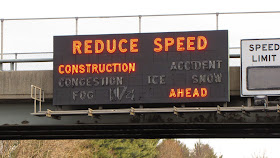 The New Jersey Turnpike is, traffic-wise, traditionally speaking, a portal to hell. The last few years? It's been a significant bit worse than that. See, there's been this widening project.

It's been a colossal undertaking. A 35-mile-long stretch of road that was six lanes wide was slated to be widened to 12 lanes. That meant clearing 70 miles (35 on each side) of obstructions, side roads, etc. Then came the real kicker: every bridge/overpass over the thing had to be torn down and a new one constructed at double the length.

Just think about that for a moment and let it all sink in.

And it got finished early, for $200 million under budget.

The "new" road is spectacular. The other day I took a 100+ mile drive on it for work and, instead of the three(or more)-hour slog that I had gotten used to for that trip, I sailed through at top speed.

I see the whole thing as a testament to hard work, technology and the modern age. Serious congrats to anyone who was involved with that. We Garden Staters appreciate it. 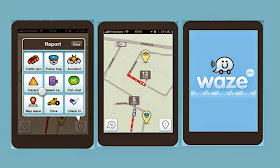 Another thing I have learned to appreciate in recent months is a free phone app called Waze. It's, at first blush, "just" a GPS device, but its users input so much current data into it that it manages to stay, fairly spectacularly, on top of traffic conditions. As a friend says, "Waze don't lie!"

When my wife and I were recently in San Francisco, Waze guided us through traffic there seamlessly. One day we were doing a drive that I had previously done twice that week. I almost didn't turn on Waze because I had gotten used to the route. But I did anyway....

"What the hell?!!" I exclaimed moments later. Waze appeared to be taking us on an absurdly circular route waaaaaaay around the usual one. "Waze has lost its mind. I'm not doing that!"

I quickly learned that Waze had its reasons. My independent-minded/Waze-less route ran headlong into a sprawling street fair that had closed blocks and blocks of the Castro. It took me half an hour to extricate us out of the mess I had created and, at the end of the half hour, I got onto the seemingly circular path that Waze had first charted out for us.

Waze don't lie. We were "home" to the place we were staying with no problem, once I decided to accept Waze's sage advice.

So, in addition to saluting the hard-working folks involved in that gargantuan NJ Turnpike expansion, I'd also like to single out Waze for technological/yay-for-the-modern-age kudos. I've used it many times since, with never-fail results each time. 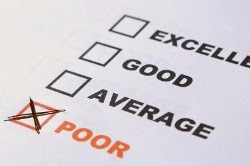 But before you think we're just about to form a drum circle and sing Kumbaya, celebrating just how awesome our little niche of history is....

Let me tell you about US Air.

You may have seen those Southwest ads, the ones about "no change fees." (I love flying Southwest, by the way).

US Air has change fees.

But it's worse than you might think. And there is just no reason for it to be this bad.

Earlier this year, a relative of mine was headed to Europe for academic-study purposes -- basically a summer-abroad program. I was paying for said program and so, when I booked his flight, I did it on US Air despite having heard some horror stories about their baggage handling (particularly in Philadelphia). US Air simply had the best price and the only nonstop from Philly for the flight he wanted.

He got really sick with mononucleosis about a week before the trip. The whole thing had to be canceled. Any possible thoughts of toughing it out and going anyway were ground to a screeching halt by his doctor. "No way," we were told.

OK. So I contact US Air about canceling the flight and, presumably, getting a voucher that he could use for another flight some other time that he needed to fly. Here's what I was told:

He had one year from the original booking to rebook any round-trip flight, domestic or international. Cool. He had $1150 worth of voucher to do that. If the new flight cost more, he would have to pay the difference, and if it were less, he would lose the difference. OK. I get all that. There's a $300 "change fee" as well. I'm not thrilled, but OK....

Not really, it turns out.

So, moving forward to last week, my relative is running out of time to use his voucher. He needs to book a flight before the end of February. He doesn't really have many reasons to fly anywhere, but it turns out that he and his friends have figured out somewhere to go, and I volunteer to book his flight for him because I have all the original voucher info.

I book him a flight that costs 500-something. Cool. I figure 500-something plus the "change fee" will still come in way under $1150. Yeah, a few hundred in voucher will be lost, but whatever.

It turns out that US Air's already backward policy of charging a change fee at all is worse than I was told. It appears that they don't take the change fee out of the voucher. You have to pay that with real money.

I called US Air. They explained to me that, yes, this is their policy and no, nothing can be done about it, and yes, it will cost me 300 extra dollars of real money beyond the money that I have already paid them if I want to book that flight.

I booked it because I felt bad for my relative. He had made plans based on my assurance that it was all going to be easily covered by the voucher. But...

Let me just take this moment to tell US Air that I will never, ever pay to fly your airline again. If you are the only airline flying from Philadelphia to a destination that I want, I will fly another airline through Reykjavik with a layover in Dubai if necessary. Your already greedy and senseless imposition of a change fee is bad enough, but refusing to apply voucher money to it -- money of mine that your airline already has in its pocket -- is a special brand of avarice.

Truly, I hope you lose all of your business to more forward-thinking airlines like Southwest.

So I raise my mug of delicious caffeinated beverage to you, the workers on the New Jersey Turnpike, and to you the app-developers at Waze, and yes, to you too, Southwest Airlines. You are shining examples of how we keep moving forward, despite the shuffling, stumbling, downright infuriating behavior of the troglodyte companies.