Deadlifts, doughnuts and happiness. A.K.A. Food is just food.

Afterwards, she posted a photo of a maple bacon doughnut with the following caption: "I earned this today with a 323 lb deadlift!"

After congratulating her on her deadlift, I gave her a little bit of shit.

No, not about eating the doughnut -- about the notion that she had somehow "earned" the right to eat it. What comes with that notion is the converse one as well: that if she hadn't done something extraordinary, it would be "wrong" to eat the "unearned" doughnut. What also comes with all that is the idea that one has to "earn" the right to eat anything.

And every one of those concepts is complete bullshit. More particularly, they are bullshit wrapped in a thick layer of guilt and shame that has no place near food.

If there is any one idea I would love for everyone in the fitness/health industry to embrace, and evangelize about, it wouldn't be a "way" to eat -- paleo, primal, vegan, vegetarian, gluten-free, whatever -- nor a "system" of exercise. It would be a simple fact: food is food. It is neither good nor evil. It is not reward or punishment. Food should not be a currency that you use in transactions with yourself. It doesn't have a damn thing to do with sex, love, romance, guilt or shame. And nothing you do "earns" particular food for you.

You can eat whatever the hell you want. You are an adult. By reaching a stage of life where you are buying the food, you get to decide what you eat.

Yes, it will benefit you greatly if you figure out a way to eat that helps you feel great every day. And if you have fat-loss goals, certain food choices, if made consistently, are going to either help or hinder your attainment of those goals. But what is most important is getting to the point where you are making all your food choices based on a simple concept: "Do I want to eat that?" Because you should eat whatever you want to eat. The question is whether you really want it, and only you can make that choice.

Let's go back to that doughnut. Personally, I probably wouldn't eat it. Doughnuts don't really make me feel very good. The "benefit" of the delicious maple/bacony flavor is short-lived compared to the crappy bloated feeling that gluten gives me, so I choose not to eat it. But before you think I am trying to paint a picture of myself as St. Paleo, patron saint of clean eating, if that were maple/bacon ice cream, I'd be on it in two seconds. No guilt, no fuss, no muss, and right back to paleo food I would go afterwards. Because that's how I want to eat.

And the contrary choice would be just as valid. Because it's my choice. And I eat whatever I want.

But in neither instance, no matter what I did -- or didn't do -- that day, would I need to "earn" the right to eat that doughnut, or that ice cream. It's just a piece of food.

By the way, once I gently chided Cathy, she said, "You're right, Steve. I stand corrected. It was the best doughnut I've ever eaten."

Damn right. I bet it was.

No guilt. No shame. Eat what you want. Just figure out what you want and what makes you really happy. That's what you've truly "earned" the right to do. 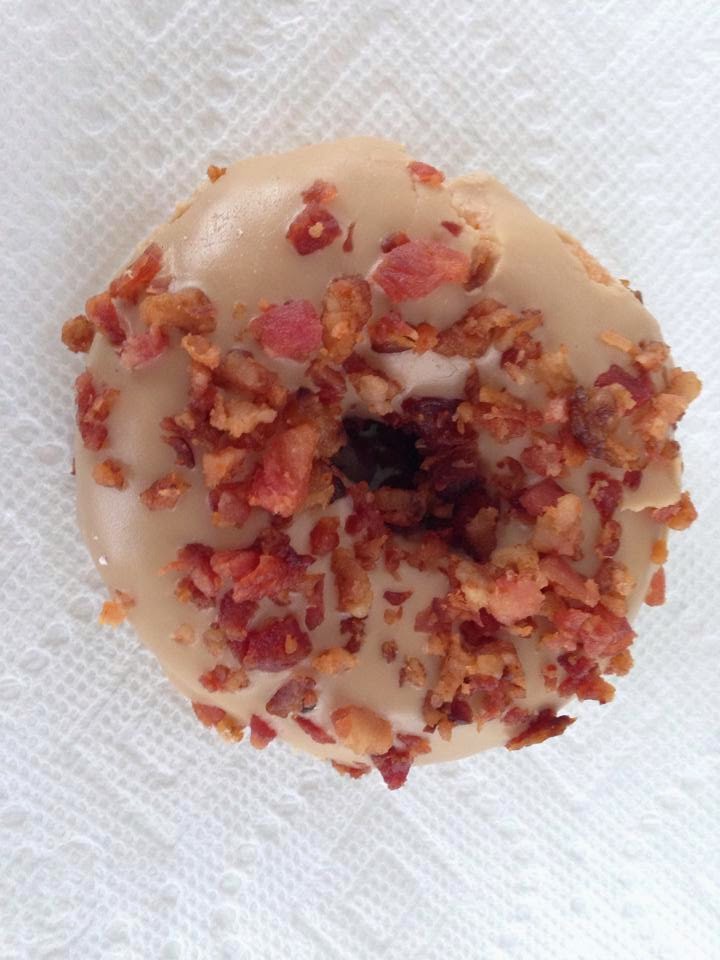